2009 vs now: How Iran's new protests compare to the past 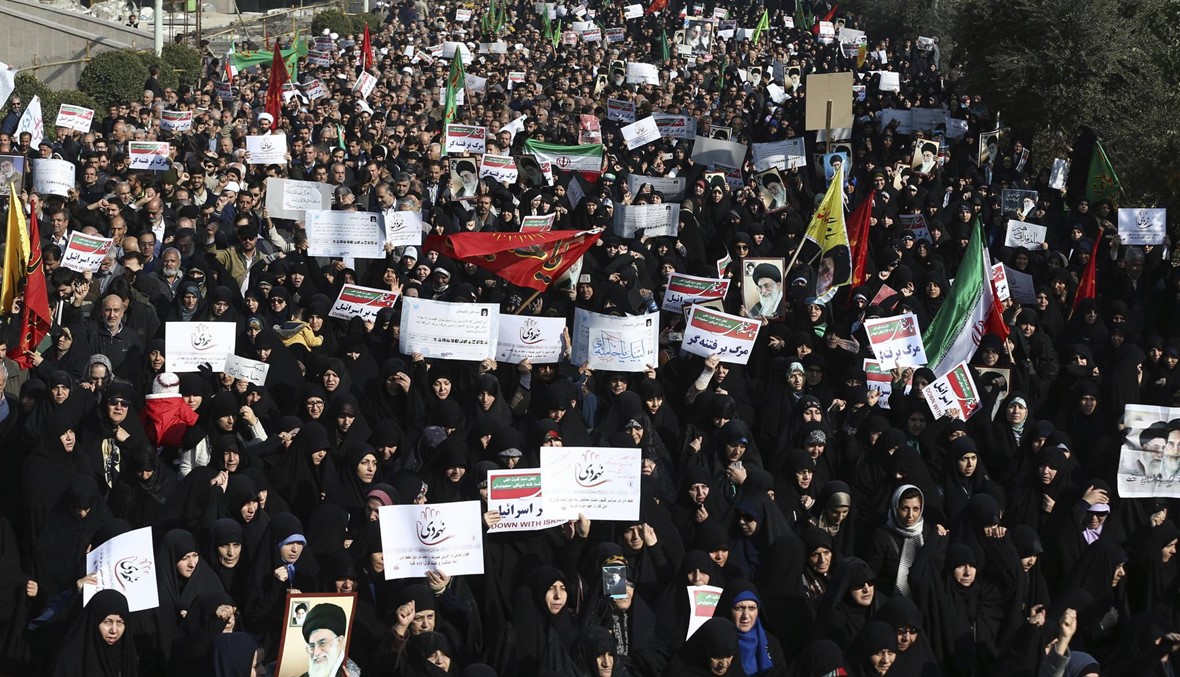 2009 vs now: How Iran's new protests compare to the past

CAIRO: Nearly nine years ago, the upheaval was stunning. Massive crowds marched through the streets of Iran's capital and other cities demanding change in the first major unrest to shake the rule of hard-line Muslim clerics over the country since they came to power in 1979.

It was sparked in the summer of 2009 when the reformist opposition raised accusations that the re-election victory of the hard-line president, Mahmoud Ahmadinejad, was rigged. The response was an earthquake. Pent-up resentment over political oppression brought millions nationwide out in protests over the next months, becoming known as the "Green Movement."

Eventually, the response of Iran's ruling establishment, led by Supreme Leader Ayatollah Ali Khamenei, was brutal. The elite Revolutionary Guard and their volunteer force known as the Basij cracked down, opening fire on marchers and launching a wave of arrests. Dozens were killed, many more were jailed and tortured. The movement's political leadership was put under house arrest.

Now Iran's Islamic Republic is seeing a new, equally startling wave of unrest. This time it appears more amorphous and spontaneous, fueled by anger over a still-faltering economy, unemployment and corruption. Since last Thursday, protests have burst out in towns and cities around the country. At least 21 people have been killed. With no central movement behind the unrest, its supporters on social media have come to refer to it with any number of hashtags — or simply as "Tazahorat-e Sarasari" — Farsi for "Protests Everywhere."

Here's a look at the differences between 2009 and now that could give hints on what happens next.

In 2009, the demonstrations swelled to throngs of hundreds of thousands on some days and were focused in Iran's main cities and provincial capitals, including Tehran, Tabriz, Isfahan and Shiraz.

In contrast, the past days' fury has burst out mainly in mid-size cities and towns. The protests have been smaller — it's hard to get credible numbers, but they seem to each be in the hundreds or, at most, several thousand — but they have swiftly erupted in far more places than more than eight years ago.

The first protest, sparked by a rise in egg and poultry prices, broke out in Mashhad, a city in the east that is considered a stronghold for conservatives. But the unrest quickly spread across dozens of towns throughout the country. These sorts of mid-sized communities in the provinces have suffered heavily from the poor economy, with large proportions of young people unemployed and mired in despair over the future.

The protests may be rooted in anger over the economy and corruption, but protesters quickly started chanting slogans directly against Khamenei and denouncing the Islamic Republic itself — not just a call for reforms, but an open and outright rejection of the ruling system.

This is a dramatic shift from 2009. Protesters then had major demands — they wanted Ahmadinejad's re-election overturned, reformist leader Mir Hossein Mousavi installed as president, greater social freedoms and an end to the security forces' tight oppression. But their demands largely stayed in the framework of existing politics. Some voices called for Khamenei's removal, but they were limited; the Green Movement's leaders went out of their way to say they weren't aiming to bring down the system, whether out of pragmatism or true faith in the potential for the "republic" part of "Islamic Republic."

Now videos show some protesters chanting, "Death to the dictator" and calling for the end of the nearly 40-year-old Islamic Republic. That reflects how many now see families of prominent cleric-politicians and Iran's paramilitary Revolutionary Guard as a corrupt economic elite, monopolizing business, hoarding wealth and leaving ordinary people with no place in the economy.

That presents a dangerous development for Iran's rulers. The protests have revealed a hidden vein of sentiment — and not just among a "Westernized" urban elite — that has lost hope for clerical rule and openly wants to toss the whole thing out.

The Green Movement of 2009 was firmly rooted in the reformist political movement, symbolized by former President Mohammad Khatami, the would-be president Mousavi and other prominent politicians who advocated greater margins of freedom and opening to the West. That gave the protests a base and organization able to mobilize massive numbers. It also gave protesters a defined set of demands — or to look at it from another angle, limited their ambitions.

So far no clear leadership has emerged for "Protests Everywhere." Even opposition activists in Tehran are unsure who are involved. Still, the marches — with videos showing crowds of largely young men and women — have proven persistent and organized. Supporters on social media say that shows the breadth of support for a leaderless popular movement.

In 2009, hard-liners were in firm control. Ahmadinejad's policies and abrasive manner galvanized opposition — even part of the clerical establishment was against him — giving a wide base of support for protests.

Now the constituency that would be expected to join marches is more uncertain.

A relative moderate, Hassan Rouhani, is president, brought into office by the votes of reformists. Many of those voters now feel his nuclear deal with the West has failed to bring economic benefits he promised.

If large numbers decide there is no hope in the system and turn to the streets, it could push the protests into the scale of 2009. But many may hesitate, calculating that an uprising will plunge Iran into the unknown and that trying for gains under Rouhani is safer. The ferocity of the 2009 crackdown traumatized the opposition. The state showed it was prepared to unleash lethal force, arrests and torture; many activists were relentlessly harassed and persecuted for years afterward. Mousavi and other Green Movement leaders have been under house arrest for years. That makes many wary of street protests again.

Rouhani has so far advocated a softer hand, saying Iranians have a right to protest. Reform politicians are calling for changes in economic policy to defuse the unrest. But ultimately, as in 2009, it will be Khamenei and the Revolutionary Guard that decide — and if they sense the unrest is growing out of control, they could unleash a brutal and bloody response.

When Neda Agha Soltan was shot to death during one of the 2009 protests in Tehran, the 26-year-old woman became an icon of the uprising. Video of her wrenching last moments circulated widely on Twitter and other social media. It was a cycle that fed the protests: Young men and women were killed, then their images inspired others to join.

That was when the Social Media Age was just being born. Twitter had only been launched three years earlier. Facebook was only a bit older. At the time, fewer than 1 million Iranians had smart phones.

Now the reach has been exponentially magnified. Today, an estimated 48 million Iranians have smart phones, more than half the population. Social media apps have flourished — besides Instagram, the messaging apps Telegram and WhatsApp are wildly popular. They are also encrypted, giving a degree of protection from state surveillance and providing a major organizing tool and a space for images and videos to circulate.

Still, 2009 in Iran and the 2011 Arab Spring uprisings also showed the limits of social media; organization and imagery in the virtual realm don't always translate into effectiveness on the ground.

President Donald Trump is an unpredictable new factor. Trump has dismissed what he portrayed as a weak response by then-President Barack Obama to the 2009 protests. Critics contend Obama should have thrown the U.S. weight behind the uprising in an effort to bring down the Iranian government.

But Trump faces the same question Obama did: how much effect can the United States really have on the ground? Too close an association with the U.S. and with Trump could discredit the protests in the eyes of some Iranians. So far, the rhetoric from the administration has mirrored Obama's — both demanding Iran allow free expression and warning that "the world is watching." The State Department has also raised the possibility of new sanctions on Iran over any crackdown on protesters.