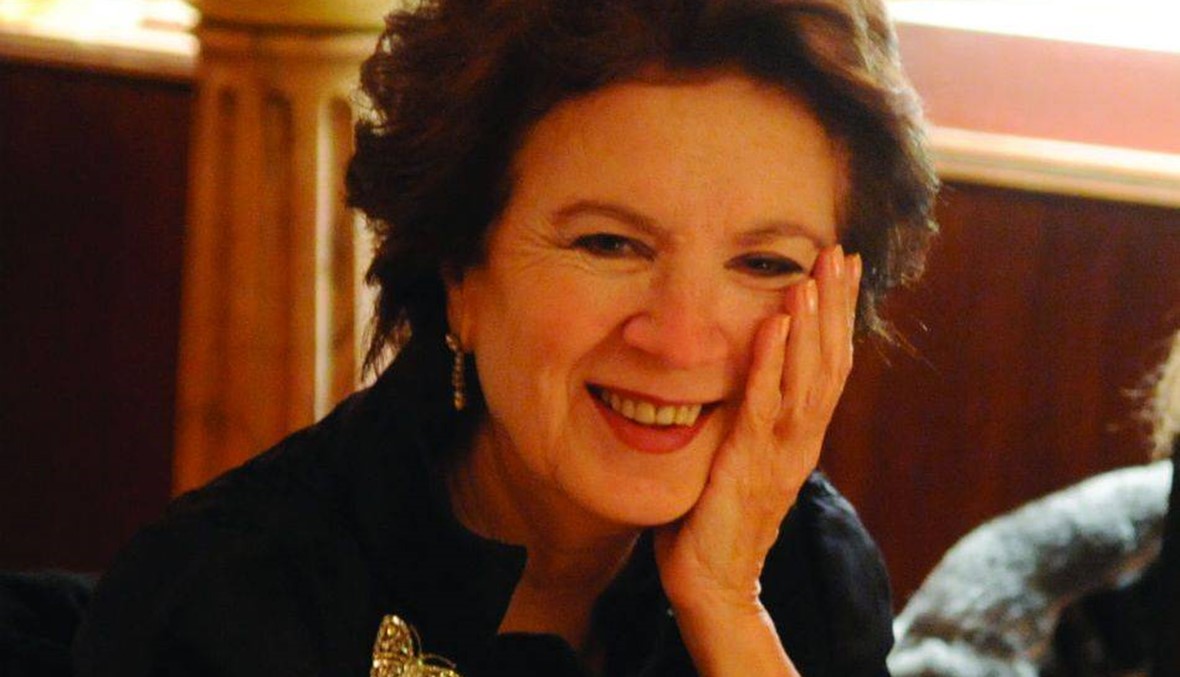 BEIRUT: American University of Beirut highest award, the University Medal, was presented to businesswoman, former parliamentarian, philanthropist and patron of the arts, Myrna Bustani, last week at a ceremony filled with family, friends, and admirers in West Hall.

Chairman of the AUB Board of Trustees Dr. Philip S. Khoury and AUB President Dr. Fadlo R. Khuri spoke with affection of the school’s close ties to the Bustani family over several generations. President Khuri noted the Bustani family's extraordinary vision and determination in establishing a record of accomplishment as they reminisced about the many contributions the Bustanis have made to the university for more than a century. This includes AUB's Laura Boustany women's dormitory, built by Emile Boustani in honor of his wife of 35 years. Myrna Bustani “exemplifies the principles that define AUB—leadership and public service," said Chairman Khoury.

The first woman to serve in the Lebanese Parliament, Myran Bustani was elected to replace her father Emile Bustani (BA '29, MA '32) after his untimely death in 1963. Ms. Bustani also inherited her father's business interests, including his partnership in the multinational company, the Construction, and Trading Company(CAT Group).

Although she proved adept at managing complex business operations and went on to establish the Al Bustan hotel in Beit Mery, Myrna Bustani never lost her passion for the arts. With her degree from the Faculty of Arts at the University of Lyon, she organized concerts for the British Lebanese Association for Lebanese soloists in London.

In an important decision, this previous experience led her to conclude that Lebanon with its beauty and sophistication could attract premier classical musicians after the war. In 1994, she founded the Al Bustan Festival, which is credited not only with reviving the cultural life of Lebanon but with putting Lebanon on the world stage as a center for the performing arts.

“Imagine the abilities it takes to get a 60-piece orchestra, musicians, instruments, and all, on the road to perform in a country still beset by conflict. Now look at Myrna, and understand that she is truly a remarkable woman," said President Khuri praising this signal accomplishment of Ms. Bustani.

A school trustee since 1979, Myrna Bustani was appointed trustee emerita in 2013.  Her presence at the school carries a long legacy with fellow family members. She is a relative of the 19th-century writer and scholar Butros al-Bustani whose bicentennial AUB is planning to honor in November with a Festschrift and other celebratory events. In addition to being the daughter of distinguished alumni, Mryna is a cousin of the distinguished neuro-geneticist Dr. Rose-Marie Boustany and former Washington Post journalist Nora Boustany, both of whom are AUB faculty members.

During the very challenging civil war years, Myrna Bustani was a strong and passionate champion of AUB and helped rebuild and extend its influence with programs throughout the region. In 1981 she and Trustee Emeritus Ali Ghandour established The President's Club, which has supported many initiatives over the years that enrich student life on campus.

Bustani's long list of awards includes: The Order of the Cedar, Officer Rank; The Merit of Culture from the Ministry of Arts of the Polish Republic; The Golden Insignia of the Republic of Austria; The Friendship Medal from Russia; and The Commander of the Isabelle la Catholique Order from the King of Spain. A founder of the British Lebanese Association (in 1980) and the Centre for Lebanese Studies, Oxford (in 1990).  Ms. Bustani also has the distinction of having been honored by Liban Post as one of six pioneering Lebanese women in a 2017 commemorative stamp.

Upon receiving the University Medal, Ms. Bustani commented, “To me, AUB is my father, Emile. AUB is education, medical research, and healthcare. AUB is the future."

The University Medal was established by the Board of Trustees in spring 1990 to recognize individuals for distinguished and meritorious service to the university. Myrna Bustani has followed in her parents' footsteps as a passionate advocate for a better world—one filled with art and music, and educational opportunity.

She now joins a hallowed group in AUB history.