NAYA| Women pedestrians in Beirut, LADE reminds you that 'You are a Natural Leader' 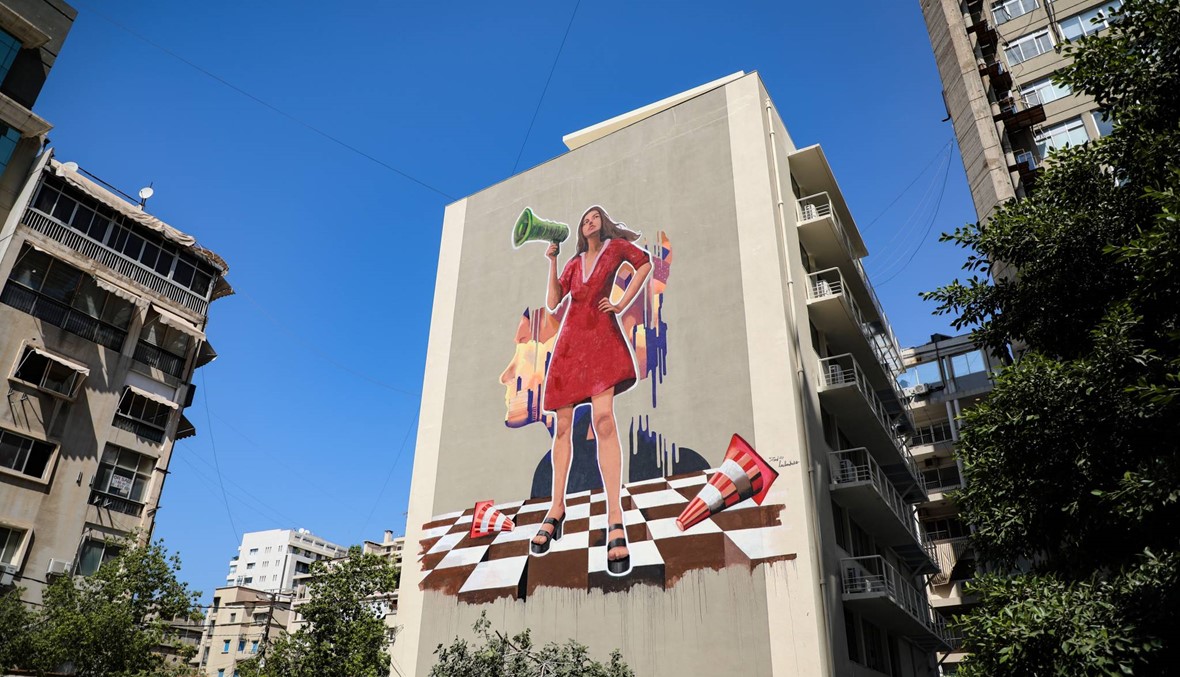 NAYA| Women pedestrians in Beirut, LADE reminds you that 'You are a Natural Leader'

BEIRUT: Dear pedestrians in Beirut, a powerful mural is ready to welcome you in Makdessi street, Hamra.

If you’re a woman, this mural will remind you that “You are a Natural Leader," as LADE’s WE4L (Woman Empowerment for Leadership) campaign mentions. And if you’re a man, perhaps it will just be another reminder that women’s leadership positions do not just happen randomly. They require decisions, efforts, and stepping aside for women to lead.

“Maybe it would be a daily reminder for all who stumble upon it, women mainly, to take a step towards the future,” LADE mentioned.

The mural was supported by Hivos, and facilitated by Art for Change.

LADE explained that using a non-traditional and long-lasting form of campaigning/outreaching allows reaching a new and wider audience.  According to the NGO, this makes the mural even more significant.

The mural is not directed to women only. It also addresses men who should know that female empowerment will not decrease their chances, but will rather strengthen them.

Street art, being directed to the people and to anyone passing through the area where it’s located, affects those looking at it, whether with a quick glance, or a deep stare. Here is where LADE targets society as well, which burdens women and chains them with expectations of social behaviors and stereotypes.

In addition to that, LADE targets all women with potentials. Those targets have either never taken any further step forward out of fear, or are fighting hard for their rights.

LADE has been focusing on women leaders for years, and this has played a huge role in initiating WE4L.

LADE's Secretary-General Yara Nassar mentioned that the NGO identifies equality as one of its core values. It has fought for enhancing women's participation in politics and conducted several types of campaigns on this issue.

Nassar added that “it is worth mentioning that the first Secretary General of LADE was the activist Laure Moghayzel, who inspired LADE's work since it first started in 1996.

“LADE tried all types of advocacy and lobbying tools to promote women's political rights,” Nassar said, adding that “this is mainly why LADE's creative communication team, supported by LADE’s leadership, decided to test a new creative tool that will help us spread the message."

In her inspiring speech on the launching of the mural, Nassar addressed women and encouraged them to conquer all obstacles.

“All Lebanese men and women should understand these obstacles to find solutions for them,” she stressed, while recognizing women who fight stereotypes in their personal and professional lives everyday.

Nassar approached women with an empowering sentence: “We are to tell you that you are a natural leader, and we will fight with you to overcome obstacles that prevent you from reaching leadership positions."

WE4L is an abbreviation of a program called "Women for Leadership."

The program runs in partnership with HIVOS and is funded by the Netherlands Foreign Ministry FLOW fund.

LADE has been working on this program since 2016 as part of its overall comprehensive gender program.

Through WE4L, LADE strives to support the active participation of women in politics.

“All the activities that LADE undertook in this regard have been trying to emphasize the importance of this message,” LADE told Annahar.

Since 2016, LADE has successfully accomplished several projects/activities under this subject. The most prominent is implementing monitoring operations for general elections, by-elections, municipal elections, syndicate elections, in addition to schools and university elections merely from a gender perspective.

In addition to that, LADE has been working intensively with political parties, in a neoteric approach, with the goal of finding out the main obstacles and reasons preventing the political parties from assigning leadership roles to affiliated female members. In this regard, LADE will be issuing recommendations to the parties and closely following up on the progress.

LADE is also working on innovative approaches for communicating the gender discourse that has been developed internally throughout the years.

This has not only been done through the latest mural, as LADE worked on shifting its gender content into a gender themed training targeted to secondary students who are potential first time voters in the upcoming elections.

In addition to that, a media campaign has been done right before the 2018 elections as a message to all Lebanese women to break the norm and take part in political life.

Welcome to “Naya”, the newest addition to Annahar’s coverage. This section aims at fortifying Lebanese women’s voices by highlighting their talents, challenges, innovations, and women’s empowerment. We will also be reporting on the world of work, family, style, health, and culture. Naya is devoted to women of all generations-Naya Editor, Sally Farhat: [email protected]