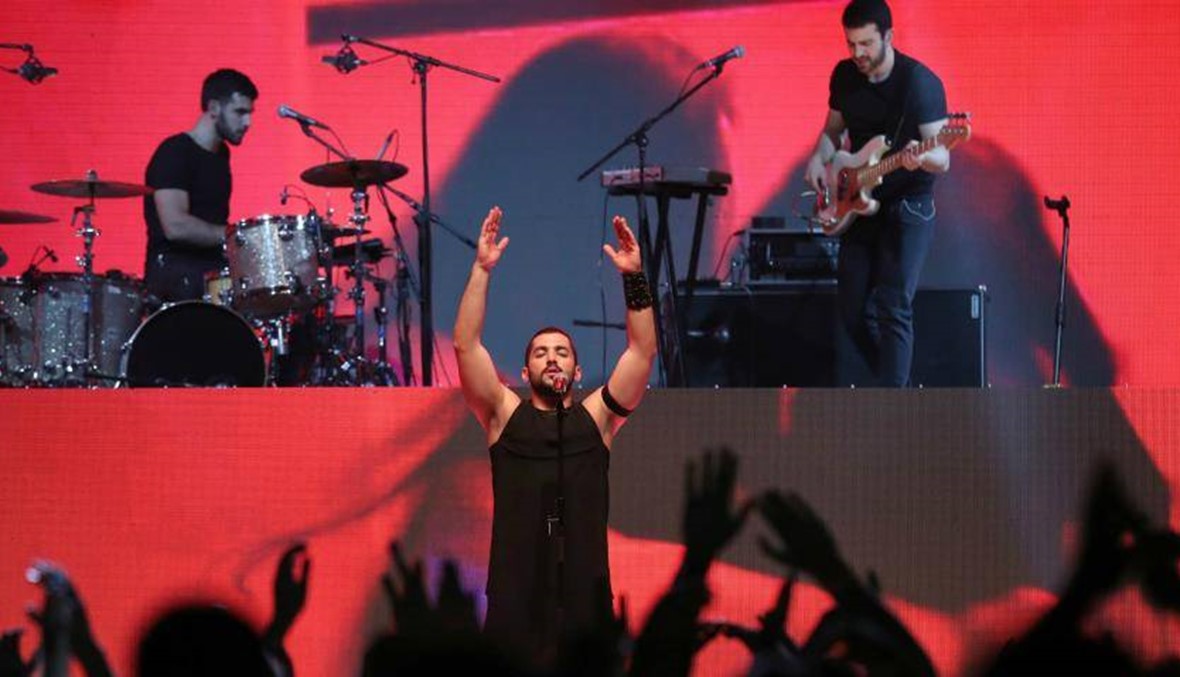 The backlash was reportedly triggered by their 2015 song “Djin” and a 2015 post by lead singer Hamed Sinno depicting singer Madonna as the Virgin Mary with a “fanboy” depicting Jesus Christ. According to protesters, the lyrics of the song implicitly denote a reference to the “djin,” which means "spirit" in English.

“What’s really funny is that I neither wrote nor drew the article and picture that I shared about Madonna,” lead singer Hamed Sinno said in a Facebook post defending his song. “It’s bad enough we have no freedom of expression - but should we also be deprived of the freedom to read?! Why don’t they just shut down the internet?”

A Facebook page called “Jonoud el Rabb” (God’s Soldiers) has been aggressively attacking Mashrou’ Leila since July 17 through a series of posts that condemn the band’s sexual and religious references. Some posts cited religious quotes as a justification for the ban.

Soon after, death threats flooded the band’s social media accounts. Many of the posts were homophobic and targeted the band's openly gay lead singer.

“Byblos represents the castle of grand civilization and not a place for deviance. I call upon the people of Byblos and upon the Lebanese in general to boycott Mashrou’ Leila, the band that is set to perform in Jbeil to spread lewdness,” said a Facebook post by Father Camille Moubarak.

In response to the backlash, Mashrou’ Leila posted an official statement on their social media, citing their frustration with how their songs were taken out of context and twisted.

“It’s very sad that some of the lyrics from our songs have been cherry-picked, taken out of context, and twisted into a meaning very far from what the songs are actually about,” the statement said. “The easiest way to pervert a work is to take words out of context and decide to give them a motivated reading, without actually looking at the bigger picture and what the work is actually trying to accomplish.”

“Our goal is, and has always been, to grow as artists, and use the spaces given to us to try to shed light on the problems in the world around us, while trying to make our people proud. No more; no less,” the post read. “We are not on some sort of mission to arbitrarily blaspheme and disrespect people’s religious symbols.”

Mashrou’ Leila also vocalized their confusion as to why the song is only gaining backlash now, 4 years after its release. They spoke about how they’ve performed it all over the world with no complaints, until now.

“[The band] was enthused to have the opportunity to return to our home country, and be reunited with an audience that has supported us for a decade, and has sung our lyrics back to us at each of our concerts,” the statement read. “This is why it’s odd that there’s been a backlash to one of those songs now, knowing that it doesn’t actually try to offend anyone, or their value system(s). The band has played these songs all around the world, and all over Lebanon, in Baalbek, in Byblos before, and in other festivals.”

Legendary Lebanese singer Marcel Khalifeh voiced his support for the band after posting their picture on his Facebook page. “Freedom for Mashrou’ Leila!” he called to his followers.

Reception among the general public on social media was mixed.

“Being religious does not mean we're not educated, please there is a fine line between the freedom of expression and disrespect, and remember that your freedom stops when the others' freedom starts!” said Twitter user Andy Sahlani.

Citizens had different opinions in regards to the matter.

Christine Azzi, a passerby, expressed her support for such a ban. “As a Christian, I agree with this decision. Anyone who disrespects religion like this should be boycotted,” she added.

But opinions were polarized, with many opposing the boycott and tweeting their support for the band. One tweet by user Maria read: “You guys don’t deserve this at all, lots of people have your back, don’t ever forget that.”

Raghid Awada, an LAU student added that “we lack freedom of expression in this country. We don’t have electricity or water, but we’re worried about what a band says about religion.”

Sharing Awada's sentiment, Noha Shehab, a school teacher and a fan of Mashrou’ Leila, said: “What’s happening is heartbreaking. Not only have we driven away one of the most talented youths of the country, but we keep giving them a reason not to come back.” Chehab was referring to Mashrou’ Leila’s move to New York a year ago.