Two months later: The Beirut blast through the eyes of the expats 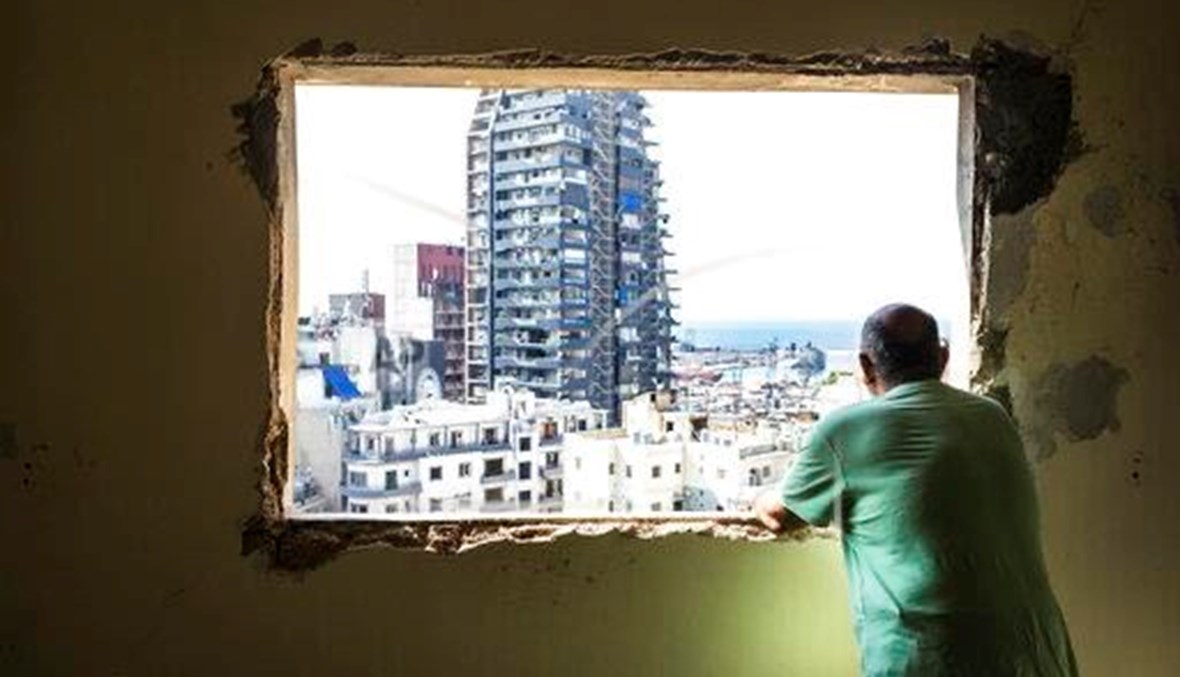 A Lebanese man gazes out of the window of his destroyed house upon Geitawi, one of the closest areas to the port explosion, August 28, 2020 (AP Photo)

BEIRUT: Until this day, the deadly August 4 blast remains in every conversation. Whether through the nightmares or through the sight of a broken city, the blast still lives in each person. But what about the Lebanese that haven’t witnessed the explosion first-hand, the Lebanese that watched their city get completely destroyed from a screen. How was does it still affect them, 2 months later?

“It was so surreal to me, that the people I love were barely able to escape death because of the corruption we are forced to live with every day. This entire time has passed but I still find it hard to smile, to hold my tears, to be able to sleep after seeing my social media feeds,” Annabelle Ghanem, a 20-year-old expat, told Annahar.

Locales and expats were almost equally impacted, but in different ways. The locales walked on piles of shattered glass and broken dreams, while the expats watched the destroyed city and replayed the videos over and over all while feeling helpless.

“Yes, I’m abroad and here the sun was shining but my mind and heart was under the gloominess of Beirut “said 19 -year -old Maya Abdallah. “I couldn’t sleep at all that night, even the following dealing with depression and survivors’ guilt.”

In light of the blast, some expats even decided to come back home.

“I booked a ticket and went to Lebanon after 3 days of the explosion, although my family was fine, my country was not. Beirut is my home and distance does not take away your emotions,” stated 29-year-old Tarek Gerges.

But, with COVID-19 cases being on the rise, some expats in could not make it back home due some countries’ strict regulations. These expats tried to help out as much as they can from where they stand whether through creating go- fund-me links or organizing a donation stand to send to Lebanon.

“The only thing we could do is donate, but we still feel helpless and that hurts so much,” said Vera Debian.

“I really couldn't sit abroad and not help, I felt so guilty that I had to do something so I started sharing posters on Instagram with my phone number on it asking anyone to message me if they need help repairing the broken glasses they have at home, I got many messages back and a lot of people also donated,” Nadine Abou El Khdoud told Annahar.

Even while doing all that can, the feeling of survivors’ guilt and privilege were very much felt among the expats and despite their absence they each had something to say to the residing Lebanese.

“Being an expat is not a privilege. We are the greatest example of what this country has done to its people, forcing us to leave and find a better life elsewhere because our country is held hostage by warlords and thieves,” Ghanem said.

“I respect whoever still has the will to fight,” Debian said.