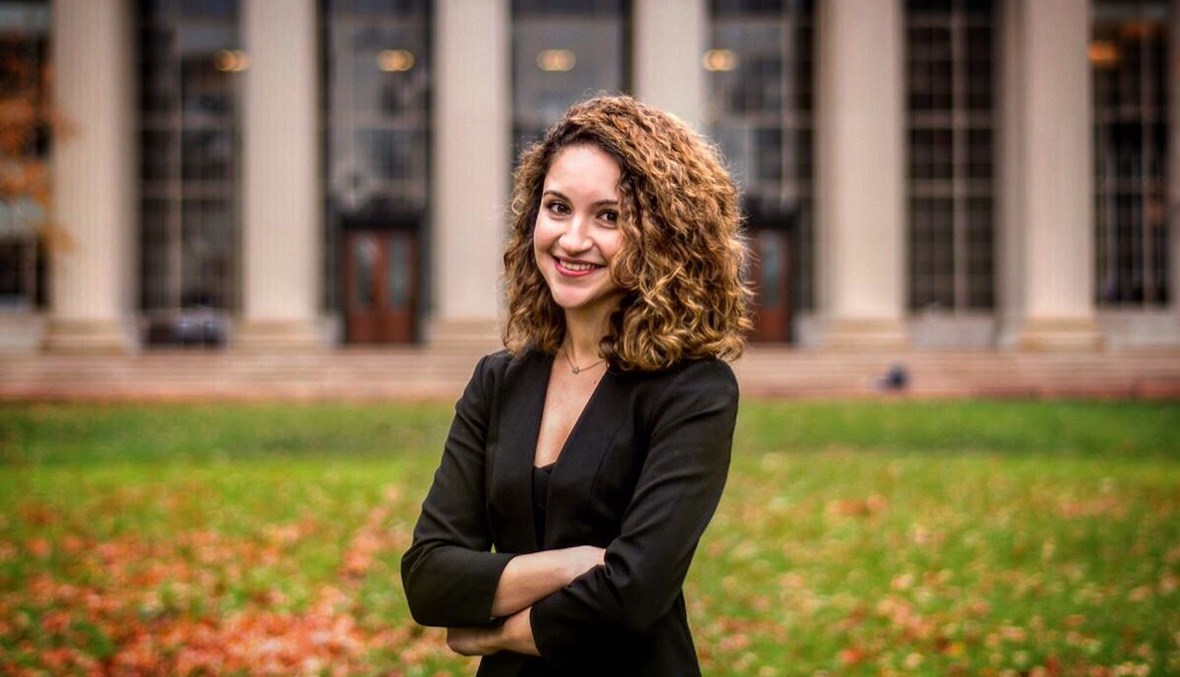 A+ A-
BEIRUT: “I want to be an astronaut,” a phrase much easier said than done. Yet – who can really stand in the way of dreams – who can say NO to determination, wit, and hard work combined.

Twenty-three-year-old Lebanese Maya Nasr – skyrocketed in her late teenage years from being a normal Lebanese student living in the mountains – to becoming a Massachusetts Institute of Technology (MIT) alumna working with NASA and sending payloads to the International Space Station and Mars.

“I’ve constantly wondered about outer space, and always wanted to answer the big questions – why are we here? How did the universe start? Are we really alone?” Nasr told Annahar in an exclusive Zoom interview.

She is currently a 3rd year graduate student at MIT working towards her PhD. After growing up within the mountain roads of Lebanon, Nasr now kicks off her 7th year in the United States, discovering the hidden truths of the universe.

How did she get there?

Maya was a student at Shouf National College in Baakline, Mount Lebanon, from the first grade all the way till high school graduation. Throughout her early high school years, Nasr got accepted in a program at AMIDEAST entitled “Competitive College Club”. Afterwards, she received the Diana Kamal Scholarship Search Fund that helps highly qualified Arab students from underserved populations in the MENA region apply to universities in the United States, meet the graduate alumni and assists them in funding the application process and fees.

In 2014, Nasr got an acceptance letter from MIT, her top choice university, at the age of 16.

Having no family or relatives in the United States, Nasr and her family were facing one tough, life-changing decision!

“My family was very supportive, and I’m so happy I managed to take the right decision at that time. It was all surreal!”

Nasr studied Aerospace Engineering at MIT in 2018 as an undergraduate, then continued and graduated her Master’s degree in the same field this year, and is currently continuing working toward her PhD.

“During my MIT years, I did many projects with NASA which helped me get involved in current joint projects”, Nasr explains. She highlights that “it is ultimately difficult for someone from the Middle East to get through the extra layer of security.”

“There are and will continue to be lots of restrictions, and denied access to various data”, Nasr adds, “yet I work hard every day to manage my way around, through showing outstanding dedication, building my network and trying my absolute best to stay here!”

“Knowing the limited privilege my passport can provide, I’m here to represent my country and all other underrepresented countries in outer space. I consider myself on a mission to help make space as a space for everyone.”

“Back in 2012, when I was watching the “curiosity rover” landing, I remember being so proud that Dr. Charles El Achi, former director of NASA Jet Propulsion Lab, was a Lebanese American who actually grew up in Lebanon.”

“Now here I am, and never in my wildest dreams would have I imagined getting this far,” Nasr expressed with indescribable excitement and added, “it’s absolutely fascinating, it’s like a dream come true.”

“I’ve always been passionate about space, human space exploration, and space security and disarmament,” says Nasr – “and today, my main research is a collaboration between MIT and the NASA Jet Propulsion Lab regarding the Perseverance Rover Mars 2020 Mission.”

The Mars 2020 Mission is a follow up mission after the ‘Curiosity Rover’ that landed on Mars in 2012, aiming mainly to study the rocks and soils on the surface of Mars and determine composition of minerals found there – in brief, basically studying the Martian geology and water condition.

Today, Mars’s 2020 Perseverance rover has multiple goals that revolve around looking for ancient life on Mars through studying the Martian habitability conditions and if it is able to support any sort of microbial life. “In order to understand that, the rover will seek for bio-signatures and will also cache samples from the surface. Yet the ultimate and most important goal of this payload – is to prepare for humans on Mars. One of the payloads aboard this rover that will help in the goal of preparing for future human exploration of Mars is MOXIE.”

“Mars oxygen in-situ resource utilization experiment” - whose main goal is to prepare for human exploration on the surface of Mars.

It's the first time NASA will be demonstrating in situ resource utilization, which is the practice of collection, processing, storing and use of materials found or manufactured on other astronomical objects that replace materials that would otherwise be brought from Earth, on the surface on another planet.

The idea behind it – MOXIE will be producing Oxygen from the Carbon Dioxide found in the Martian atmosphere.

This MOXIE is a smaller version of the future scaled up version that will actually produce this oxygen to be used as a propellant – or fuel- for the Mars Ascent Vehicle that will bring back the Astronauts from Mars to Earth. The produced oxygen can also be used for breathing. This smaller version is being sent to test that the technology actually works – like an applicable tech demonstration.

“NASA does not support sending humans with a technology that has not been tested for efficiency alone,” Nasr added.

To date, there’s still no human base at Mars - NASA has a number of rovers on the surface of the planet, some orbiters around it and other exploration instruments, but is aiming and working day to day to prepare for future human exploration.

Nasr to send project payload to the ISS by Summer 2021

MIT recently launched the MIT Space Exploration Initiative, MIT SEI – which through the university sent out a proposal form that gives students the opportunity to submit ideas for projects that can go to the International Space Station by summer 2021.

“As part of this initiative, my friend and I submitted a proposal last year, and it was selected by MIT along with 3 other projects to be sent to the ISS.”

“I can’t yet provide full details, as the project is still in its initial phases,” Nasr explains to Annahar – “yet the payload’s goal is to promote the peaceful and use of outer space through sending a message of unity and peace to people around the world.”

Nasr highlights that “her project will be more of a symbolic payload to promote peace in response to this year’s crisis, rather than it being a scientific experiment.”

“In brief – the payload might involve artistic representations of people, icons, art from hopefully all countries of the globe in order to reassure that SPACE is a space for everyone, even countries that don’t yet have access to it.”

This year, Nasr and her colleague will be working on building and testing the payload, which will expectantly launch among a rocket along with other projects in Summer Q3 - in space launch terms- of 2021. This payload will stay on board of the International Space Station and will hopefully gain astronaut interaction.

When asked about how she felt regarding the situation in Lebanon, Nasr’s voice changed. She suddenly went from super-excited about her achievement to ultimately miserable.

Her voice shook as she expressed how extremely stressful it was for her, watching her country turn into rubble from a distance – and there is nothing she can do.

“Working in another country with safe and adequate conditions, while watching your very own home country collapse every day more and more, makes it extremely hard to focus. It’s a burden, a constant and ever-growing feeling of worry and fear.”

Nasr continues to emphasize that she really had hope in change throughout the revolution, but now, she started losing that bit of hope of change ever happening.

“My main concern now is my family; I have to get them out of there, and have them safe and sound”, she says regretfully.

Yet then continues to highlight that “if there is anything she knows for sure, it’s that “life is unpredictable” and advises all Lebanese people, especially youth to “keep working towards what they love.”

“Keep striving for whatever dream you have in your hearts and minds,” Nasr adds with confidence, “because sometimes all it takes is applying to one program or meeting one person that can change the course of your life forever.”
---Welcome to #NAYA. This section aims at fortifying Lebanese women’s voices by highlighting their talents, challenges, innovations, and women’s empowerment. We will also be reporting on the world of work, family, style, health, and culture. NAYA is devoted to women of all generations — #Naya Editor, Sally Farhat: [email protected]Naya on Social Media:
Twitter: @BeirutNayaInstagram: @NayaBeirut
Tags
Lebanon Beirut Naya Maya Nasr Nasa MIT