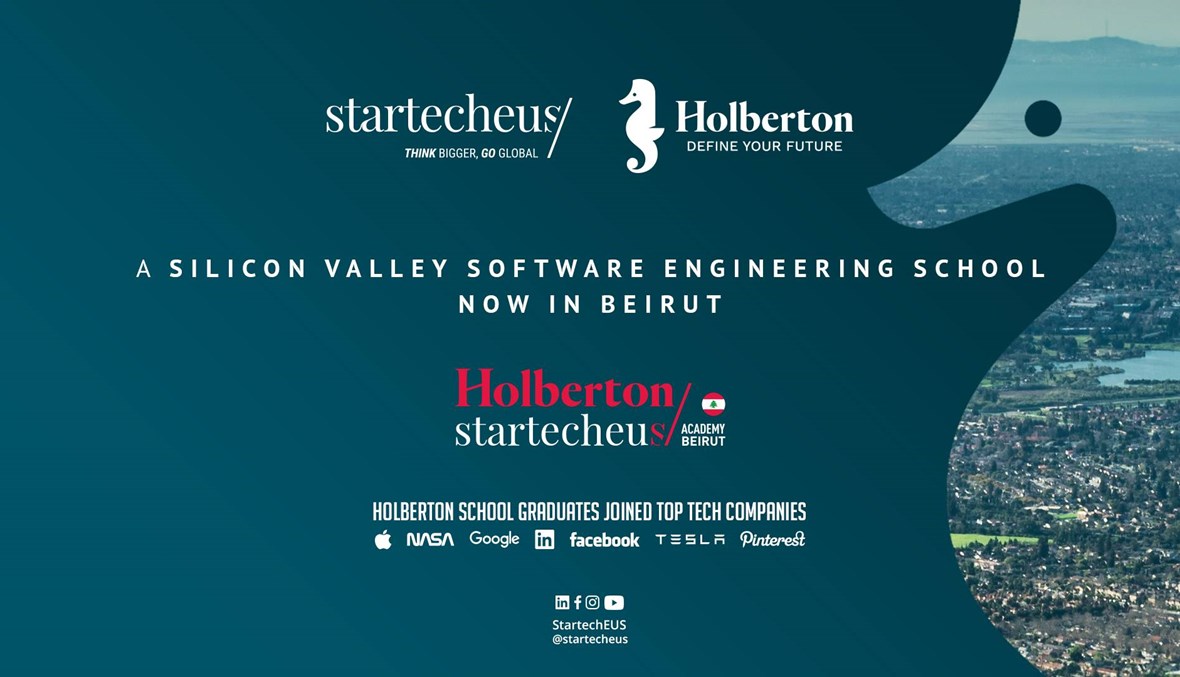 BEIRUT: In the past couple of years, a collective consciousness on the importance of technological education has risen among the Lebanese youth. This awareness has led to the rise of many educational startups such as Ayah Bdeir’s LittleBits and Basel Jalaleddine’s Cherpa.io, as well as educational boot camps, such as The Nawaya Network’s SE Factory.

Most recently, a one-of-a-kind initiative will launch in the bustling city of Beirut. The Holberton School, a college alternative for training software engineers, will open its first campus in Beirut in partnership with Startecheus, a next-generation FinTech studio that builds technology-enabled companies empowering the financial services industry.

“A huge gap currently exists between the demanded skills and the available ones in the regional markets, affecting the economy and hindering the emergence of Lebanon as a potential production hub,” said Mouhamad Rabah, CEO of BDD. “The unemployment rate continues to rise despite the demand for tech talent increasing. The partnership undertaken by Startecheus and Holberton to provide tech training in Lebanon will help bridge this gap.”

The World Economic Forum estimates that, in contrast to 2015, 21 percent of core skills required across all occupations will become different in the GCC countries by 2020. By 2025, across the MENA region, this shift in required skills could result in as much as 945,000 additional full-time equivalent jobs and a US$21 billion surge in GDP in Egypt, 799,000 jobs and US$41 billion in Turkey, and 276,000 jobs and US$32 billion additional GDP in Saudi Arabia.

“This collaborative partnership represents the best of how Holberton and Startecheus can work together to provide quality tech skills and drive jobs and economic growth to the local ecosystem,” said Alexandre Jihad Harkous, chairman, managing partner of Startecheus. “It’s through this kind of collaboration and cooperation that all of our ecosystems can benefit. Joining such a program will boost workforce motivation and careers. The academy’s vision is to build capacity in the ICT local market by bridging the skills gap between Academia and industry.”

Holberton’s innovative curriculum has enabled students to acquire practical skills and an understanding of theory through hands-on learning. Graduates from the San Francisco-based school currently have been hired by top-tier employers, including Facebook, Twitter, Pinterest, T-Mobile, and Tesla, among others.

Applications to Holberton are open to people over 18 with a high school or general equivalency degree.

Government lending to BDL pushed Lebanon over the edge