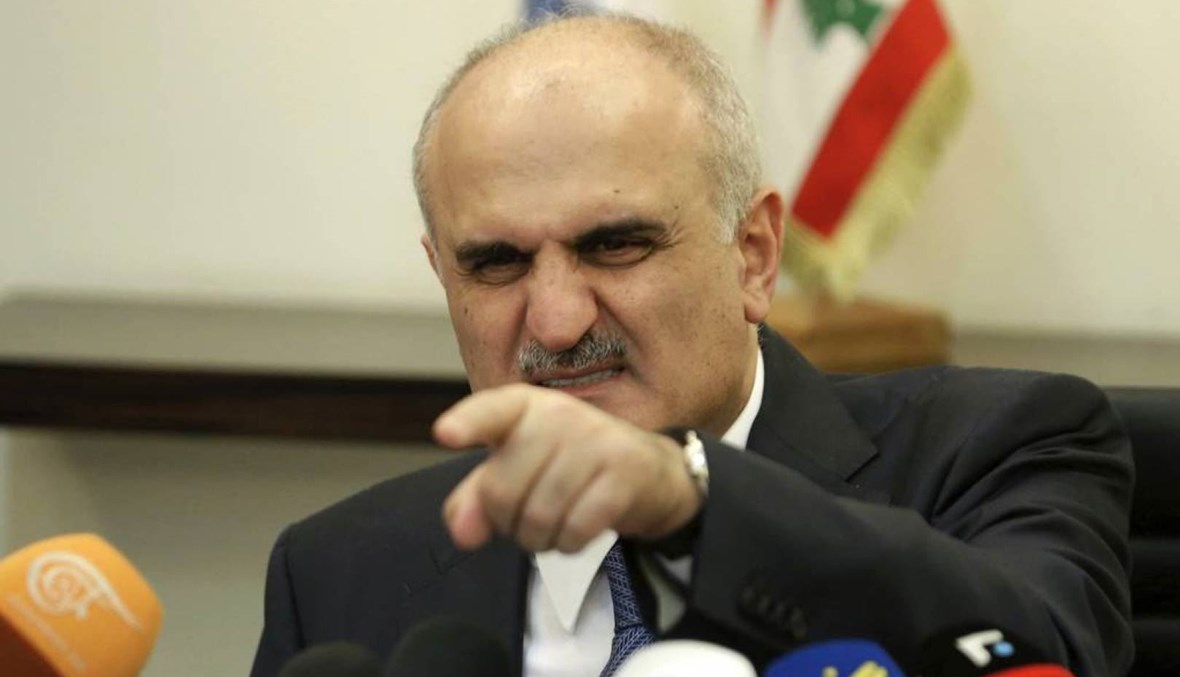 A file photo of former Finance Minister Ali Hassan Khalil who was sanctioned Tuesday by the U.S for both corruption and providing material support for Hezbollah (AP)

"We will not compromise on our sovereign rights and borders regardless of any sanctions and pressure," a statement issued by the group said.

Hassan Khalil served as the Minister of Finance (2014-2020) and Minister of Public Health (2011-2014) after being ushered in by Berri, the leader of the Shiite Amal Movement who has held his position as Parliament Speaker for over 30 years.

"The sanctions are not targeting a person who has occupied a ministerial position for a specific period of time, but rather the whole of Lebanon, its sovereignty, and the political organization to which he belongs to," the statement continued.

The U.S accused Hassan Khalil of using his position as Minister of Finance to attempt to have U.S. financial restrictions on Hezbollah eased so that the group can move around funds more easily.

“As of late 2019, Khalil as Finance Minister refused to sign checks payable to government suppliers in an effort to solicit kickbacks,” the statement said. He instead demanded that a percentage of the contracts be paid to him directly, according to the State Department.

Berri has made the demarcation of the maritime border between Lebanon and Israel his life's purpose in recent years, taking a leading role in settling the dispute given the economic potential of the area.

"I think we’re getting closer [on setting a framework for the demarcation]," Assistant Secretary of State for Near Eastern Affairs David Schenker told reporters during a briefing Tuesday.

"We’ve engaged a bit on this... and I hope to be able to come over to Lebanon and then sign this agreement in the coming weeks," he said.

Lebanon and Israel have been feuding over a contested area of 860 sq km, with neither side reaching a compromise in almost 10 years of negotiations.

In response to the U.S designation, the Amal Movement doubled down Tuesday on its grip of the highly coveted Finance Ministry which has been held by the party since 2014.

"The Amal Movement will hold onto the Ministry of Finance in response to the recent US sanctions," party member and MP Qassem Hashem said Tuesday.

He accused the Shiite duo of Amal and Hezbollah of following the mindset of business as usual, seeking quotas and shares "despite 200 victims, 6000 wounded, 10,000 homes partially or completely destroyed."

He also accused Free Patriotic Movement head Gebran Bassil of failing to facilitate the government's formation by insisting on having a say on who represents him in the Cabinet.

"The truth is that [Bassil] did not meet the prime minister except during parliamentary consultations," a statement from the FPM said, adding that the group's leader did not set any conditions or demands.

Lebanon's political elite are currently discussing the latest government formation, which has yet to come to fruition since French President Emanuel Macron set a two-week deadline during his last visit on September 1.

President Michel Aoun and Prime Minister-designate Mustapha Adib held a second meeting Tuesday at the Baabda Presidential Palace, with sources confirming that the Cabinet will most likely be comprised of 14 members.

The biggest stumbling block, sources say, is the Finance Ministry portfolio which both the Amal Movement and its Shiite ally Hezbollah are strongly holding onto.

Adib's concept of rotations has received pushback, sources say, with the two parties of the belief that the Finance Ministry belongs to the "Shiite community."

The U.S has seemingly thrown its weight behind Macron's initiative, also calling for a government that tackles reform, transparency, anti-corruption and disassociation from regional conflicts.

Failing to usher in such a government, sources say, will prompt Macron to seek sanctions backed by the European Union on a number of Lebanese figures, as he hinted during his last trip to Beirut.