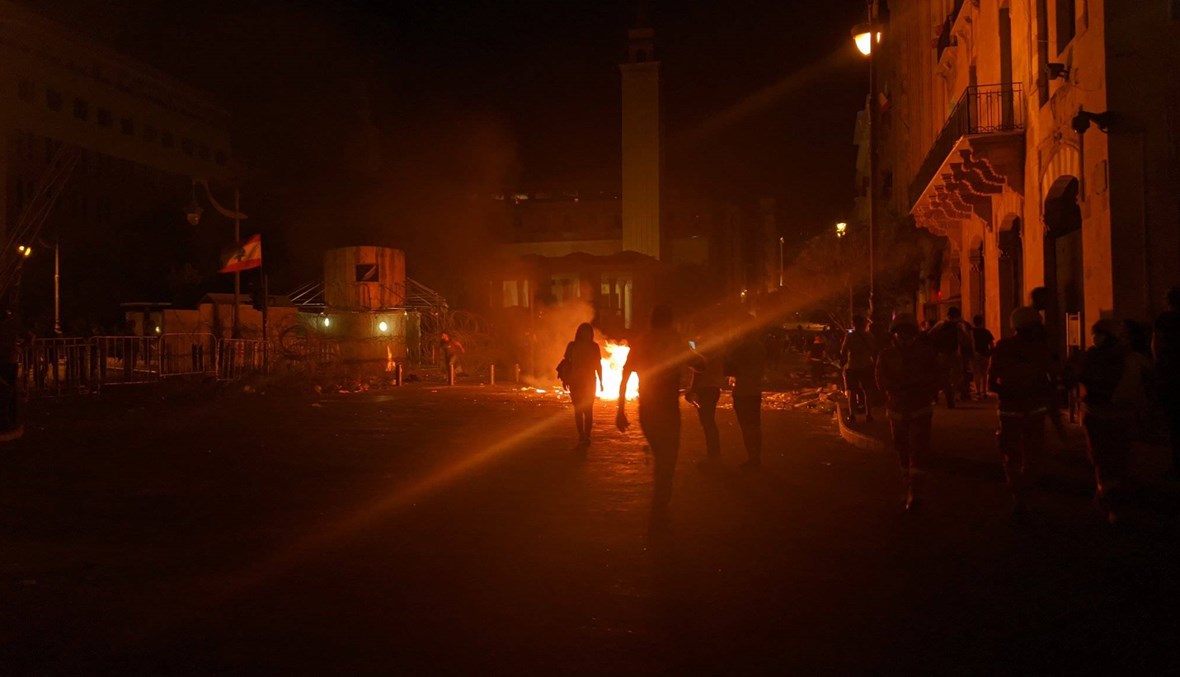 BEIRUT: Two days after the biggest explosion Beirut has ever witnessed, a large group of demonstrators numbering hundreds was tear-gassed by security forces near the Annahar building in Downtown Beirut.

With clashes between protestors and security forces intensifying, numerous injuries have been recorded, according to the National News Agency.

The demonstrators, including large numbers of cleanup volunteers who have been trying to rebuild the damage left behind by the Beirut blast for two days, are demanding the immediate resignation of the current government.

Commenting on the event, Lebanon and Bahrain researcher at Human Rights Watch Aya Majzoub tweeted: “What are they protecting? A hollow, destroyed building that used to be inhabited by politicians that have lost all credibility? You may not want to rebuild but at least let us do it.”

Large scale public anger has been growing after Tuesday’s massive chemical blast at the Beirut port, with the Thawra revolutionary group calling for a mass gathering on Saturday afternoon demanding accountability for the tragic incident that killed hundreds, injured thousands, and left behind destruction