The aftermath of the Beirut Blast 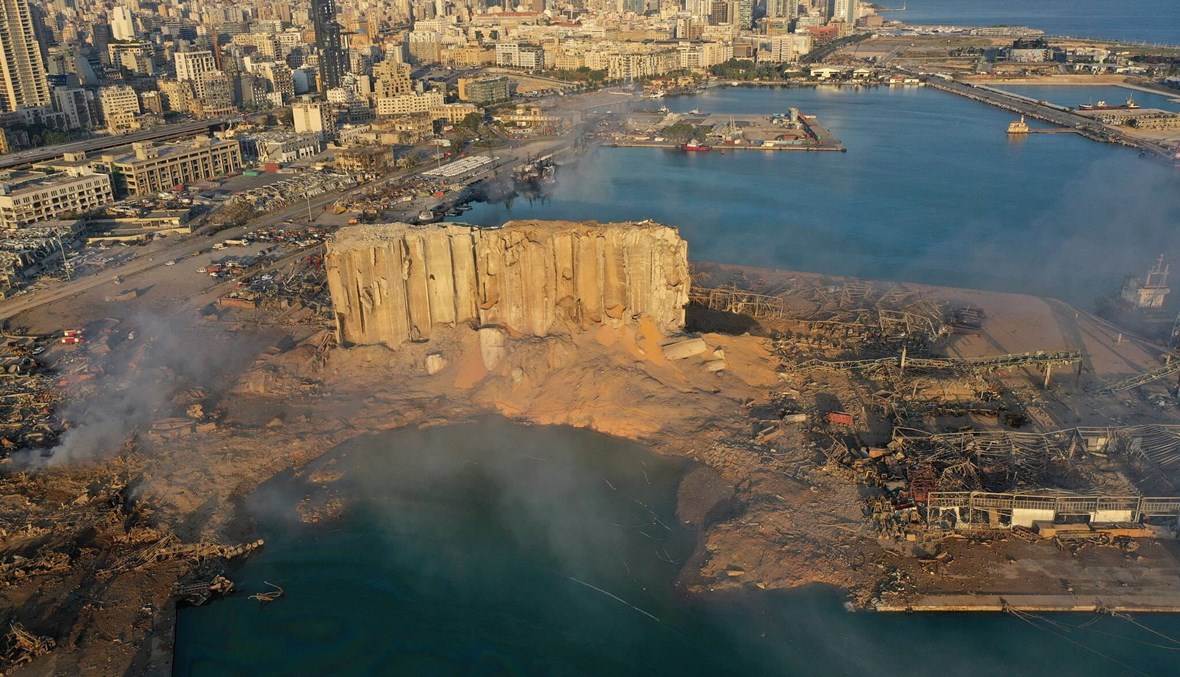 The aftermath of the Beirut Blast

BEIRUT: The massive blast that cracked the Beirut Port open yesterday has left behind a gray city of stacked rubble, with thousands injured and over a hundred killed. Among the remains of the explosion lay hundreds of missing persons and pets, in addition to an avalanche of homes and businesses left in ruins.

The explosion that struck Lebanon’s capital city sent shockwaves reaching the neighboring island of Cyprus found about 100 miles away, and whose authorities were placed on alert within minutes of the explosion, according to the European-Mediterranean Seismological Centre (EMSC).

Additionally, as the United States Geological Survey reported, the power of the explosion in Beirut created seismic waves equivalent to a magnitude 3.3 earthquake.

“I have never felt like this before,” an eyewitness recovering from slight injuries from the explosion told Annahar. “One minute I was scrolling through my phone, the next I felt the city explode. It still feels like a dream I am unable to wake up from.”

The latter source, who works as a barista in a coffee shop in the Gemmeyze area, was only a street away from the explosion site.

Shortly after the blast shook Beirut port and its surrounding areas, reports of missing persons flooded social media pages, with many Lebanese and foreigners scrounging the chaotic streets for traces of their loved ones.

Karim, a shopkeeper in his late 70s in the nearby Bourj Hammoud area, told Annahar that experiencing the Beirut blast of Tuesday was something he would not wish upon his worst enemy, as the thought of being away from his family while they could have been drowning in debris “took years off his life.”

“As soon as I heard ambulances wailing like crazy, I rushed to call my wife to check up on her and my son, who is physically disabled,” he said. “When she wasn’t answering the phone, I thought I lost them both forever, as our house is only minutes away from the explosion site. Thank God for our safety.”

The Instagram page @LocateVictimsBeirut was set up yesterday for people to send in information about the missing persons, and already has posted about over 90 persons who are yet unreachable, and of whom many were last spotted at Beirut Port.

With four of the city’s hospitals being damaged by the blast, the ones remaining open have been swamped with crowds of victims in need of urgent medical assistance.

Minister of Public Health Hamad Hassan reported that the MoPH was working on an emergency plan to arrange field hospitals being sent from Qatar, Iran, Kuwait, Oman, and Jordan, adding that six to eight field hospitals would soon be ready.

However, with the overwhelming number of injured and missing persons, Hassan stated that the death toll of the blast will go far beyond the current estimate of at least 100.

Concerns about the Lebanese community have also been grappling the online world, with topics ranging from questioning the cause of the blast, to offering preparedness to assist whoever is in need of food, shelter, or a helping hand.

“Tonight people in Beirut are going to sleep in shattered homes, during a deadly pandemic, with a collapsing economy led by corrupt politicians, surrounded by countries that have attacked & threatened them and a world that has abandoned them and their refugees. They deserve better,” tweeted yesterday Ayman Mohyeldin, journalist for NBC News and MSNBC.

Vivian Salama, National Security Correspondent for CNN, also tweeted: “My Facebook feed today is full of messages from friends in Iraq, Syria and Yemen — countries reeling from their own violence and troubles — to friends in Lebanon, expressing concern, support and love following yesterday’s deadly blast. That’s the Middle East in a nutshell.

Many have also been sharing photos of their pets which, petrified from the explosion, escaped the homes of their caretakers.

Animals Lebanon, a local NGO for rescuing animals, reported damage and injuries in their Beirut office. “We rushed some animals to the vet for urgent care from the cuts,” they said, adding that their team is now in Beirut helping people “whose pets were injured or lost in the explosion.”