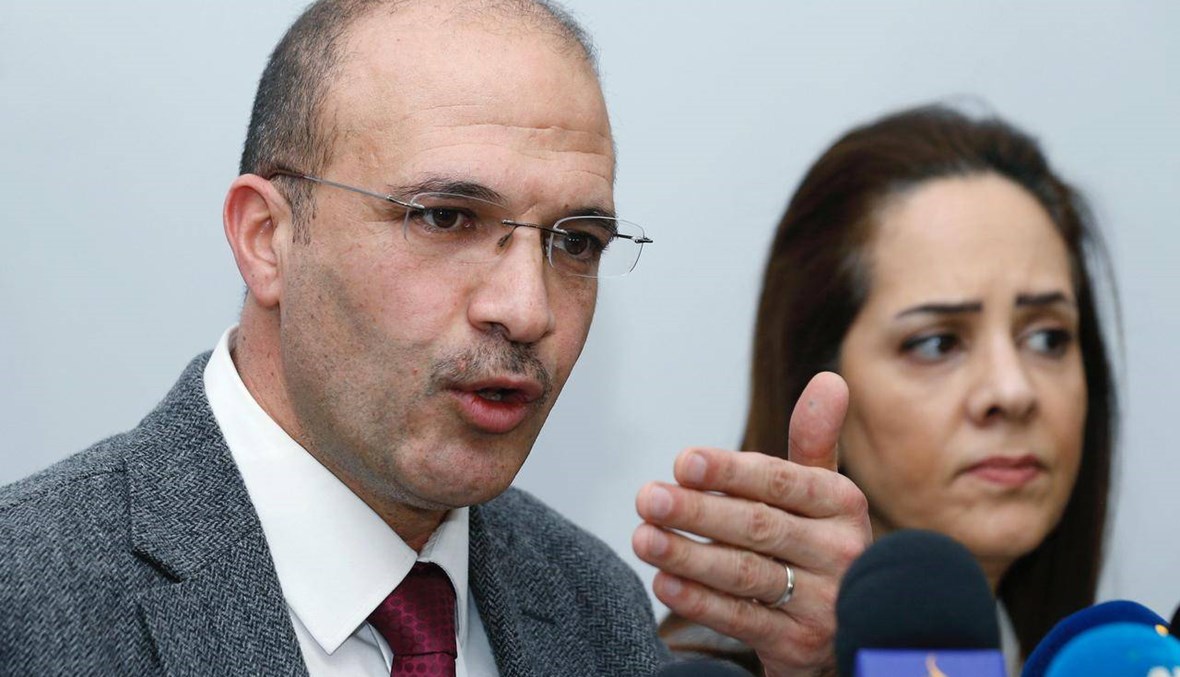 Beirut: Annahar interviewed Minister of Public Health Hamad Hassan on Thursday about the latest Coronavirus updates, and measures taken by the Ministry of Public Health.

Amidst the Coronavirus pandemic, each country has been dealing with the virus in its own way, pending several factors. Some countries have been deemed as successful while others have not been able to mitigate the risk. Lebanon, amidst its economic crisis and weak medical resources, has been named by several international media outlets for its efficient safety measures and containment of the virus.

Annahar met with Minister of Public Health Hamad Hassan who told for an insight onto the ministry’s work towards containing the virus and flattening the curve.

Q: What is your comment on the unprecedented number of 63 corona cases today?

A: At first look, 63 cases today do indeed sound alarming, however, if one looks deeper into it, those cases are justified and trackable. The new cases today include 17 Bangladeshis, who were infected from their friends that live in the same building and 7 others originate from one family in the North. Thus, today’s cases are linked, and their sources were traced. Therefore, it remains informed on the source of contagion and tracks it well, then there is no need to be worried, as long as we continue monitoring, testing, and isolating.

Q: How do you evaluate the overall performance of the different key players that were responsible for bringing back the Lebanese expatriates from abroad?

A: The measures taken by the MoPH, and the rest of the key players have been highly regarded internationally. Those sitting next to one another on the plane were mainly family members, which can be justified as they come from the same home. In regard to some of the violations that occurred on the flight, this is a question that should be posed to MEA, as they should answer. Yet to be fair, I as a minister of health, after the tickets were sold, I would receive reports from doctors about Lebanese expats who were extremely sick and had special cases such as chronic illnesses, and such people needed to return. Therefore, I requested from MEA to allow them on board to return although the tickets were sold out at that point.

In addition, the repatriation flights had priority of bring back those with health, social, and/or personal issues. However, some expats did not respect that, using their connections to return first and thus, take someone else’s spot who would’ve needed to return urgently. However, phase 3 alleviated this specific issue. It is imperative to note that it is the constitutional, legal, and humanitarian right of every Lebanese to return to their country and it is doubtless to say that all the key players in the process have done an excellent job.

Q: Taking into account that the country is undergoing financial difficulties, and thus they cannot remain closed, what model will be used in Lebanon such as some countries that are beginning to use the Swedish Model?

A: The Lebanese government’s response in dealing with COVID-19 is unique to Lebanon, taking into consideration our medical and economic resources. We are different from other countries, so we have our own model that is based on several factors. We closed the country very early on, and a week after the first case was reported, we closed schools. We had to do this because of our weak capabilities to deal with the virus. At the moment, we are opening up through a phased-out plan and by sticking to general mobilization measures since there is no vaccine yet and we cannot keep the country closed. We have to let sectors open, whilst still monitoring the cases. The intake capacity of hospitals remains good, yet the day the ministry feels that we are losing control, we will implement a quick lockdown, like the one that was done last week. The Lebanese people will have to bear strict measures because of the irresponsible approach of a certain percentage of people that are not abiding by the safety measures. Thus, it will depend on the people.

In Lebanon, we cannot apply the Swedish model because our country cannot cope with the consequences since as stated, we do not have the proper resources. Our model is a mix of soft herd immunity, general mobilization, and gradual reopening of sectors that have certain preventive measures.

Q: From a health perspective, what is your comment on the ongoing protest amidst COVID-19?

A: I urge any group that wants to protest to wear masks and maintain social distancing. It is their right to protest and to voice their concerns about the government, however, it is not their right to be the reason for the further outbreak of coronavirus.

Q: The Minister of information just stated that the opening of the airport will not take place as planned on June 8th, what is the reason for the change in date, and when will the airport reopen?

A: On May 26, after phase 3 of the repatriation flight ends, the government will wait two weeks till June 8, and then we will put together a report on the situation taking into consideration different factors like the number of cases, hospital capacity, and so on. The data attained will be used to determine if we can open the airport. Whenever the airport opens, we will do the utmost we can to keep the virus contained, pending on our resource capabilities.

Q: You have stated yesterday that only the MoPH can declare the number of COVID-19 cases, what is the reason for such a decision? And don’t you think that this step will open doors for conspiracy theories by the public?

A: The reason behind this decision is that when several sources announce the cases it causes confusion amongst the public. The MoPH has the responsibility of announcing COVID-19 cases. As a ministry we take samples from the labs to confirm the cases, therefore we have a specific procedure to follow, and having a different source could cause confusion and the spread of misinformation. For example, a few days ago we had to repeat certain tests conducted by private clinics because the numbers did not add up.

Regarding conspiracy theories and skepticism, I believe we were able to build trust with the public to a certain extent and Lebanese citizens are well aware that we are being transparent, and we have no interest in hiding information or in hiding the true number of cases. It is actually quite the opposite whereby hiding the real number could cause a wider spread

Q: Apart from strict measures taken by the government, what are other factors that contributed to the low number of COVID-19 cases in the country?

A: There is not a scientific answer to that yet, that suggests our ability to grow herd immunity, or having some genetic makeup that fights against it. Therefore, apart from the proper measures taken by the government there is not a clear reason as to what is aiding in the low spread of the virus. However, I can guarantee that the ability to track and test people all over Lebanon, as well as the adequate capabilities of both the hospitals and doctors and the general public’s awareness, have all been factors at play for the special case in Lebanon in maintaining very low numbers.

Even our asymptomatic cases remain low, relative to global standards whereby each case is paired with 10-20 asymptomatic cases, whilst we boast a low 1-5 per case based on our tracking, however with increased testing it has proven to be below 5.

The Minister of Public Health ended the interview by advising the Lebanese people to apply social distancing measures, wear masks, and to take those measures very seriously as COVID-19 is a novel virus.