Students protest against the university’s decision to resume classes 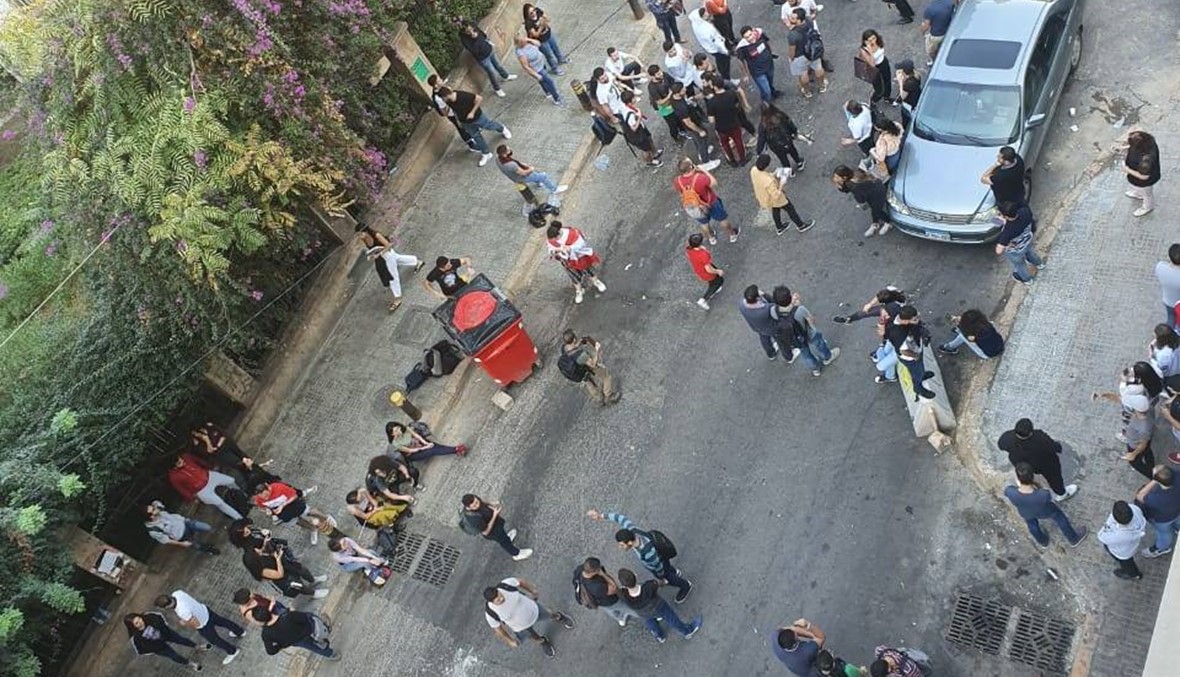 Students protest against the university’s decision to resume classes

BEIRUT: With a number of universities deciding to open their doors on the 19th day of Lebanon’s revolution, many students have called for protests against this decision.

Many students from LAU and AUB gathered at the universities’ main gates and had a peaceful sit-in this Monday morning as an objection to the resumption of classes. AUB students blocked Bliss street with garbage cans on Sunday night. The protests’ aim is to send a message that the revolution needs to proceed with the students because they represent a big number of protesters. The students, however, decided not to do it on the pavement but on the street itself because the pavement is public property.

“I didn’t attend my classes today because this is a historical moment in our country, it’s a moment of national unity,” said Antonio Chdid, a mechanical engineering student at AUB. “It’s the job of students to be part of this revolution because we are the educated youth in this country and we have the energy and spirit to enact real change. Our place isn’t in the classes right now. We should be on the streets.”

“We, as students, have the right to protest and it is not feasible with the university’s pressure and deadlines,” said Lea Fakih, one of the students at LAU. “It is like we have to choose between our country and our education, and it’s as if we are studying for a future that does not exist in case the revolution failed.”

After the rush of demonstrations on Sunday night, many roads were blocked and students coming from outside Beirut weren’t able to attend their classes. Consequently, universities such as AUB and LAU were cooperative and supportive of the students.

“We believe that students have the right to express themselves on or off campus,” Raed Mohsen, Dean of Students at LAU, told Annahar. “The university decided to resume its classes but the professors have instructions not to count the students who have not attended as absent.”

According to Mohsen, almost 40% of the students attended LAU today. Others were protesting or couldn’t attend due to the sudden roadblocks.

Talal Nizameddine, Dean of Student Affairs at AUB, believes that no matter how great a cause is, students shouldn’t lose themselves in it.

“We are very proud of our community and our students, and we have to make sure we do the right thing in the right way. People have to get their right, and they have to work for that while studying,” Nizameddine said. “We decided to open our classes since last Thursday because we have a lot of requirements to meet and we barely have one month of this semester left.”

Many students are still willing to continue with the protests and take part in Lebanon’s revolution considering that their future is at stake in this country.

“We’re not going to stop protesting and standing for what we believe in because no one else is going to do it for us,” Fakih told Annahar.