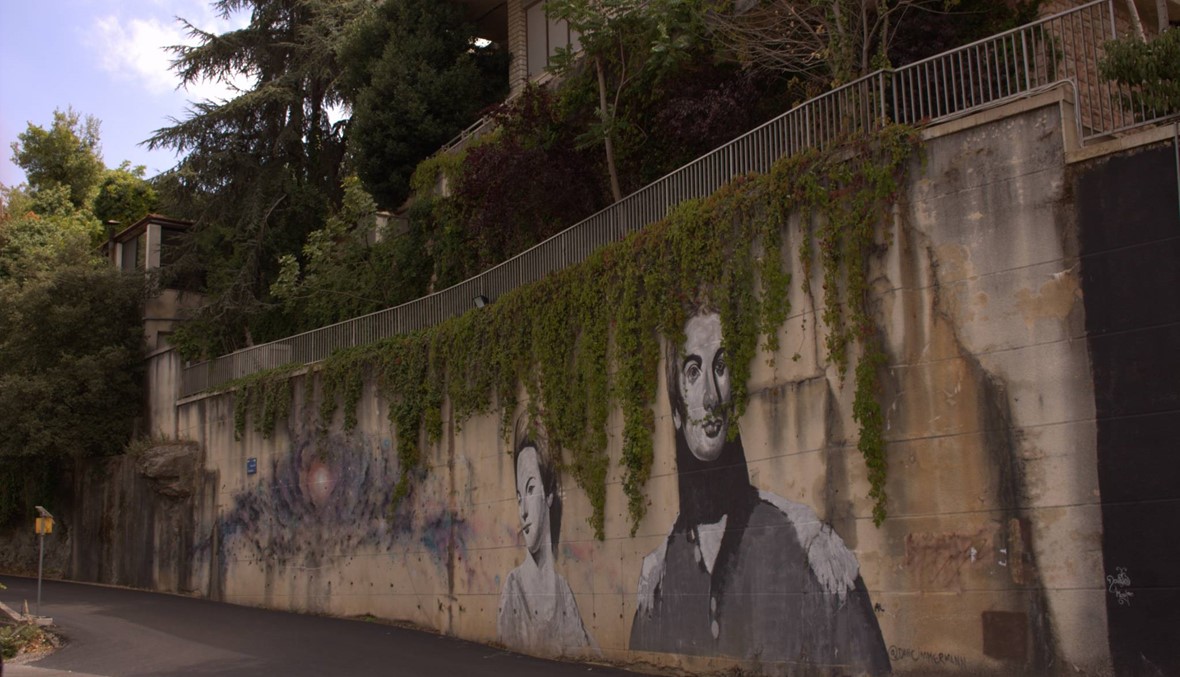 BEIRUT: From the viral LADE mural for female empowerment to the famous Sabah portrait in Hamra street, the murals that add a sense of vibrancy in Beirut are hard to miss.

What started off as a documentary on street art seen by Imane Assaf, triggered the rise of a movement known as Art of Change.

Assaf is the founding president of Ahla Fawda, the organization that paved the way for the creation of Art of Change.

However, Assaf saw the need for Ahla Fawda’s work with street art to have its own organization – where she took the role of a director.

“When I saw the BBC documentary on street art and a run-down area in London and how it uplifted the area for everyone living there, it inspired me to contact them,” she told Annahar. “I contacted Kevin Zuchowski-Morrison. We wanted them to send British artists to Lebanon to work on a collaboration in Aley.”

Aley-Z was a two-day art festival that took place in 2017 where artists from the UK collaborated with Lebanese artists on art projects all over the city. The festival attracted over 40,000 visitors. In turn, Lebanese artists were to travel to London and partake in a festival there.

“Kevin tried to get funding from the British council and eventually succeeded,” she explains, adding: “The festival ended up being the biggest urban art festival London has ever had with artists of over 60 nationalities; five of these artists being Lebanese. They planted the flag of Lebanon proudly in all their murals.”

The festival was known as the RISE festival and took place in Croydon, just south of London. This is where Assaf met Jason Camp, who is the director of WhereTheresWalls and was one of the organizers of the festival. With similar belief systems and work ethic, Camp and Assaf instantly clicked and Art of Change was born.

Camp is now the Managing Director at Art of Change, and has strong views on the direction of the type of art they produce.

“Art to me was always about having a voice against the mainstream,” he said. “It’s something that makes people stop for a moment and think about what relevance that piece has.”

In Lebanon, where appreciation for art is not particularly dominant, Camp hopes to change people’s perception of street art in particular.

“I find it interesting here in Lebanon because art is not culturally recognized and the graffiti seems subdued,” he explained. “I think we can help people recognize the beauty in art and street art in particular. We don’t just do something for the sake of it. We do things that will add value to the community.”

After the establishment of Art of Change as a formal entity in early 2019, 12 murals were produced in Hamra in a span of just three months. The first official project was initiated in May 2019.

The progress was made possible by the countless artists Art of Change has secured. Artists who have collaborated with the organization include multiple nationalities like Lebanese, Greeks, and British among others.

Lea Bou Habib, a Lebanese painter classically trained in Barcelona, is one of the artists working with the organization and was responsible for the recent LADE campaign mural. She is the first female artist to produce a mural of that size in the entirety of Lebanon.

“The awe in people's eyes and their encouragement and curiosity is big proof of what Art of Change is working for,” she said. “Art of Change has been putting smiles on people's faces, intrigue in their eyes, and mostly preserving legacies by thoroughly studying every area and the subject that should be highlighted in the artwork.”

Another one of Art of Change’s artists is Eli Zaarour, who was part of the Aley-Z festival in 2017 and responsible for many murals around Beirut.

“Art is important everywhere and anywhere in the world. It is a common language which helped change the world,” Zaarour told Annahar, adding that their entire goal with Art of Change is “social work and urban embellishment and bringing positivity to the city.”