Upholding October 17 Values or "Going Negative"... Challenges for the Opposition ahead of Lebanon’s 2022 Parliamentary Elections 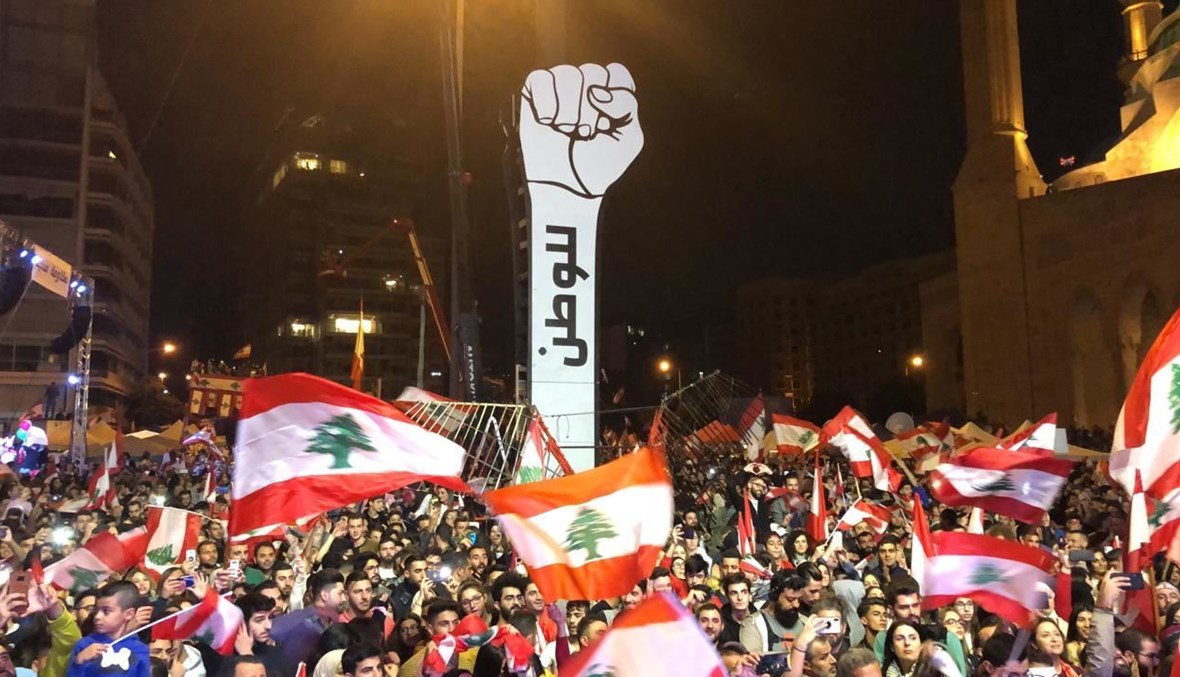 A+ A-
Mia Atoui
Three months separate us from Election Day. Lebanon’s 2022 elections will be one of the most transitional and critical elections in the history of the country, following a 3-year lurching collapse that is estimated to take years and years of recovery – at all levels. These elections have also been a long-awaited moment since thousands of Lebanese reclaimed the streets and started a revolution in October 2019.

Since then, much has happened in preparation for the anticipated Election Day. “New” and “old” protestors and activists have joined forces, new political parties have emerged, a fresh interest in politics among the Lebanese youth in Lebanon and the diaspora has been born, coalitions have formed, and a different political narrative has emerged - one that today’s Opposition forces assert, has been energized and fueled by the movement of October 17.

As we near Election Day, a day perceived by thousands to be a beam of hope in the dark tunnel we are in, it is worth reinstating and underscoring the values that took us to the streets 3 years ago, and that are taking the Opposition to the ballot box, 3 months from now. As we enter elections season, a set of values united us then, and should unite us today.

1) Integrity is a core value of October 17th that we will need in the forefront. Practicing integrity will mean a devout dedication to honesty, to a consistent and uncompromising set of moral standards, and a commitment to behaving and acting in unity, and rejecting attempts at dividedness and polarization. I start with integrity, because it also means that the Opposition will need to uphold all the values that come hereafter.

2) Tolerance - not only to acknowledge differences and accept or hold objective attitudes towards those who may hold different opinions than ours. Tolerance is much more than that. In the spirit of October 17, tolerance also means prompting and urging an authentic, unpretentious, and open communication with those who we know may hold different views, with the intention of truly understanding the other, and with the aim of arriving at resolutions and shared goals. Tolerance also means accepting compromises for the greater good. Without the value of tolerance, the Opposition may succeed in forming electoral coalitions and securing seats but will not be able to bring about the needed change once inside the parliament.

3) Openness is another shared value of our revolution. It manifested in the opening up of public spaces that was witnessed post-October 17 and reminded us how closed on itself our community is. Openness allows accessibility, it allows us to communicate with each other more freely, without restrictions. Openness also nurtures a culture of transparency and accountability. It motivates us to bring conversations to the table, rather than hold them under the table. These open conversations will be essential to facilitate much needed electoral and political coalitions. They will also be needed to ensure that division does not take place among the new faces who are hoping to enter parliament and represent a new way of “doing politics” or better phrased, of being public servants, in this country. Under the table conversations have characterized the communication style of previous leaders, upholding the value of openness will eradicate these practices.

4) Justice hits home every day. It hits home because we have lost too much, and have not yet redeemed our rights, or our dignity, not only because we have failed to fight for our judicial system, but because we continue to be treated, and treat each other with inequity partisanship, and impunity. October 17, the loss of our money, the loss of our livelihood, our jobs, our families, our security, and the loss of our bombed city, and our country, have brought justice to the forefront of our values, and has made the battle for justice our daily bread and butter - Every other day we take to the streets and to the “Adlieh” to scream for it again. While we do so, we need to remember that as Opposition, while on our journey to bring justice through our upcoming legislative role in parliament, we ought to make sure to act morally and justly with those who are competing side by side with us on this journey.

5) Merit has been a quality largely absent in the systems and leaders who have held public office in Lebanon, replaced by archaic confessional and corrupt clientelistic criteria that have left our more deserving, more talented, and more hardworking and achieving individuals outside of the political arena and repelled by entering it. Today, while upholding many of the other values recounted here, merit needs to lead the way in choosing those who will best represent the values of October 17 and fight for them in parliament. Both candidates and Opposition groups who have chosen to undertake this critical and transitional battle in Lebanon’s history must put aside their ego, and remember they are on the same side. They must gallantly vouch for those who merit the seat, knowing that they will fight for their same values.

6) Liberty is at the essence of our Lebanese identity. Freedom of speech, individual rights and the freedom to act under the rule of law, and the power to choose one’s own destiny are rights that drove thousands of Lebanese to the streets after October 17th. These values have also long existed in our historical battles to achieve a sovereign and democratic state that respects all individuals and groups living within it. However, it is important to remember that in our fight for freedoms, we do not impinge on, or cancel the freedom of others. Freedom of speech, and freedom of the press which are core values - if manipulated, can be hurtful and hold us hostage. They may at times also be used to invigorate hate speech and cancel culture. This road will lead to the further deterioration of our failed state and will eliminate any chances of success for the Opposition we are so direly counting on to make a change.

7) Accountability and our sense of responsibility to take back our country from the grapple of mafias and militias has mobilized citizens and members of the Opposition over the past 3 years and has made political discourse and political work take up the larger part of our everyday lives. The losses we have incurred and our absence from public life has placed many of us, new to the political scene, at an obligation and willingness to take on responsibility to compensate for years of disengagement. As forces in the Opposition today, a shared goal will be to hold those responsible for the crimes committed against our country, accountable. While we work towards achieving this goal, we will also need to continue to monitor ourselves, to reflect on our actions, to hold ourselves accountable for any mistakes that may take place along the way. We will also need to have the courage and openness to hold each other accountable, and to do so in the framework of the values that united us in our revolution, with tolerance, integrity, and justice. Public shaming, boosting the already existing cancel culture, or negative campaigning under the pretense of accountability, will only serve to weaken our forces.

8) Citizenship as a core value, if talked about enough and practiced, could have saved Lebanon many of the crises it is living today. Fortunately, our revolution has placed Citizenship as one of its main pillars, and today this value is finally breaking down all other affiliations we held as citizens, to put the best interest of Lebanon as our guiding compass, to owe our allegiance to our state only, and to demand its protection. Citizenship is founded in the narrative of all Opposition groups that today are fighting for a better Lebanon, and therefore should be upheld religiously during elections. Citizenship reinforces interchangeably all the values of accountability, merit, tolerance, openness, integrity, liberty, and justice. On that note, negative campaigning, which is a common phenomenon during elections season, does not go in line with positive citizenship; therefore, how the opposition movements choose to undergo elections as a front, facing the ruling political class, will be integral to our success. If we do not engage with each other in the Opposition on the basis of citizenship, our allegiance to Lebanon will be a failed one and will destroy our chances of recovery and building better.

We are three months away from Election Day, and election season is by definition about campaigning…and negative campaigning. All around the world, candidates and parties during this season may choose to “go negative” because they believe it helps in winning votes. Contrary to these misconceptions, studies on negative campaigning have shown detrimental effects for both parties, those launching the campaigns, and those who are being targeted. “Going negative” has shown to result in decreased voter turnout and dissatisfaction with the democratic process - two major challenges the Opposition is already facing in the upcoming elections as a result of more than 30 years of tarnished political governance and performance by the ruling political class. While coalition partners naturally need to highlight their unique profiles to distinguish themselves, opposition parties who are seeking to lead change in the next transitory and critical phase will need to reconsider the practices of “going negative” with their potential coalition partners if they are truly running for Lebanon’s best interest.

Bernard Rowland Crick defined politics as “ethics done in public”. What we are building towards in the 3rd Lebanese Republic must be a culture of politics based on ethics and a guiding set of values. The Values of October 17 are a solid foundation to guide the journey of today’s Opposition movements. 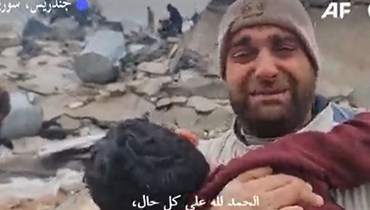 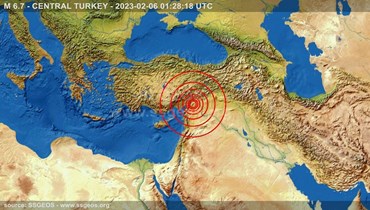 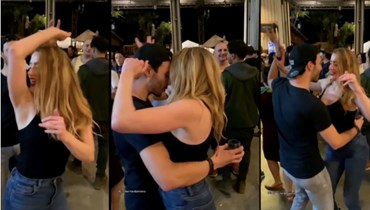 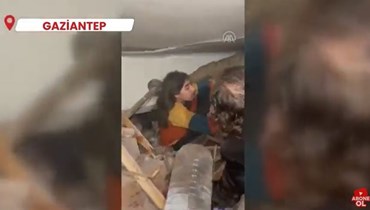 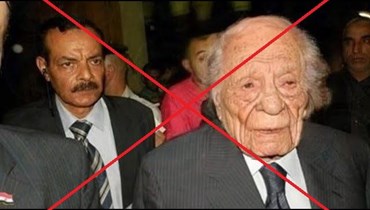 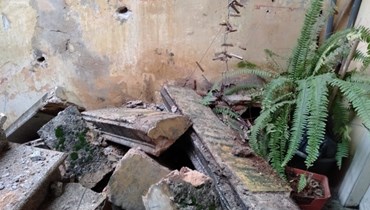