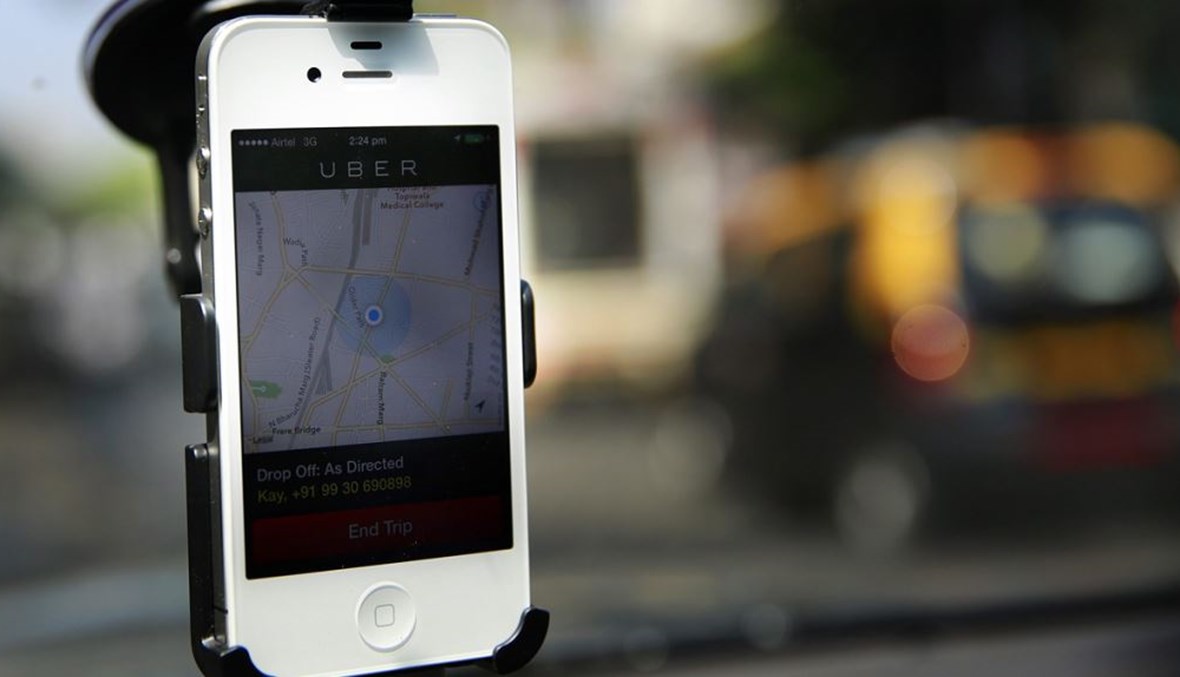 A smartphone is mounted on the glass of an Uber cab. (AP Photo)

A+ A-
BEIRUT: Uber, the popular cab-hailing company, took the unexpected step this week to hike its fares as Lebanon’s economic crisis deepens coupled with rapid depreciation of the local currency.

Consumers were angered by the move, taking to Twitter to vent their frustration while pointing out that costs remain unchanged.

Lebanon’s central bank has yet to stop fuel subsidies, which reports say will be upheld until at least the end of the year. The vast majority of national wages, meanwhile, have yet to be amended to reflect rising depreciation and inflation.

Over the course of the year, the Lebanese pound has lost over 60 percent of its value leading to a surge in the black-market exchange rate as banks continue hoarding the last remaining foreign currencies.

One dollar is currently trading for over 7,500 Lebanese pounds, paving the way for an unprecedented inflation in the small Mediterranean country.

As of Monday, Uber, which had up to now maintained its prices in dollars at the official 1,507.5 rate, began adopting pricing at a rate of 2,250 LBP per dollar according to data compiled by Twitter users.

Its prices will now be set in Lebanese pounds, the company announced, representing an increase of over 50 percent.

The minimum fare for an Uber X, the company’s low-cost option, has been set at 8,500 LBP with a charge of 1,000 LBP and 250 LBP per km and minute respectively.
A number of users have called on Lebanese to boycott the vehicle for hires platform, blasting the price increase as Lebanon deals with a nationwide economic meltdown.
Tags
Lebanon Beirut Uber Economic Crisis