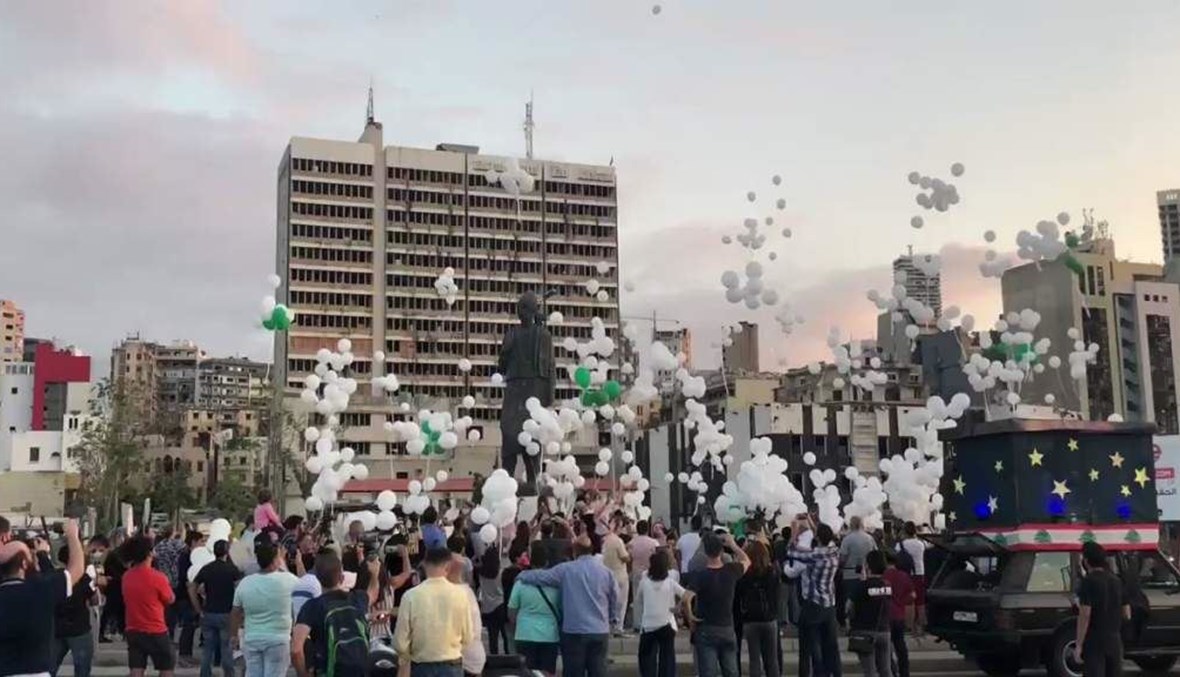 White balloons being released to honor victims of the Beirut Port explosion today at 5 pm in Beirut. (Twitter)

A+ A-
BEIRUT: Two months after the massive blast that rocked the capital, parents of the victims organized a sit-in near the Beirut Port to mourn the souls lost and remind those responsible that “we won’t forget, nor forgive.”
After blocking the Charles Helou Highway, the parents demanded that “the government contact them and inform them of their latest findings and developments in the investigation.”
The relatives released white balloons carrying the victims’ names into the air as a tribute to their souls.
Fairouz songs were played as the parents and citizens released hundreds of balloons.
“The judiciary in Lebanon is highly corrupted and it is protecting the officials behind the tragedy from being held accountable,” lawyer and activist Wasef El Harakeh said.
Protester held up a big sign that stated “Women and children of the victims’ demand justice immediately.”
“We will paralyze the country if we have, and believe me we have the means to do so, if the government does not release where they have reached in the investigations very soon,” Ibrahim Hteit, spokesperson of the families of the victims, said.
Hteit assured the media that hundreds of people are ready to get down and protest with them once they call for a national protest and urged officials “to not test” their patience anymore.
The August 4 explosion killed at least 200 people, wounded over 6,500 others and left around 300,000 homeless.
The FBI recently released a statement that stated that the explosion was “not an accident.”