NAYA| Woman of the Month: A tribute to Sahar Fares 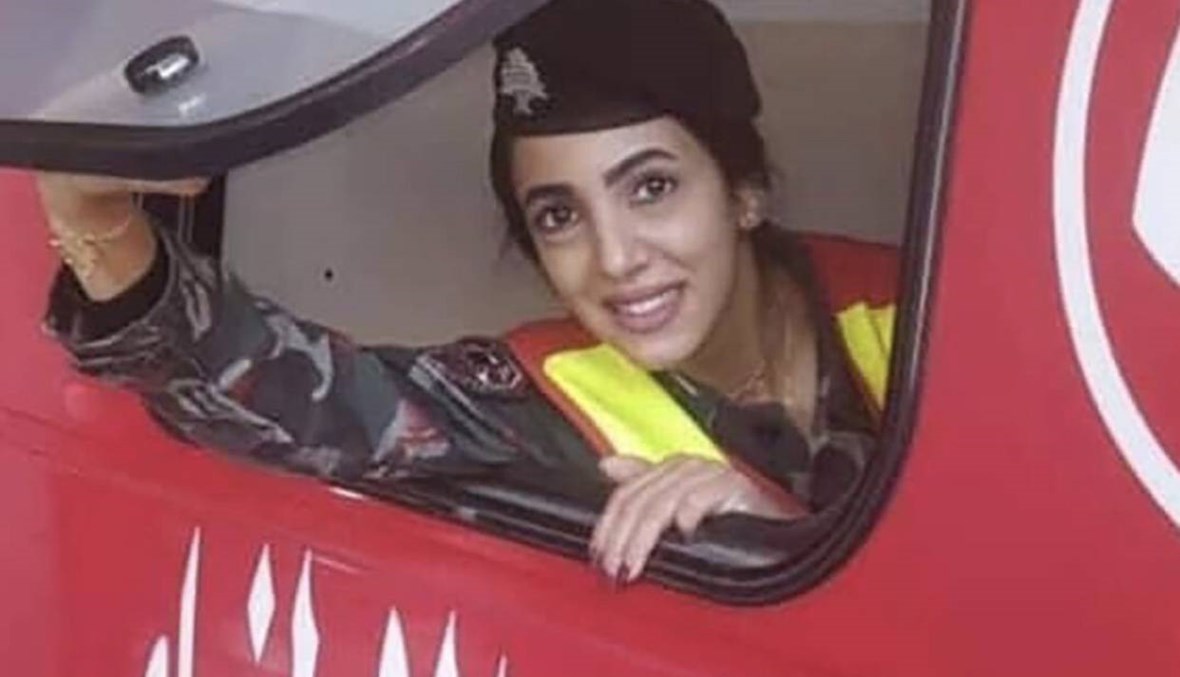 NAYA| Woman of the Month: A tribute to Sahar Fares

A+ A-
BEIRUT: Long black hair, softly tanned skin, almond-shaped dark-brown eyes, and a smile that spoke of genuine happiness— Sahar Fares was an Arabian beauty akin to princess Jasmin in Aladdin, with a heart of gold, a wolf’s loyalty, and a lion’s courage.

The morning of August 4 was like any other for the Fire Brigades, Sahar’s department in Beirut. They had an early meeting in Qarantina, and some of the girls had come earlier. As per usual, Sahar made them all coffee, an early-bird with a little habit of sharing positivity to all those around her.

Later that afternoon, a team from the Fire Brigades was called into the port to put out a fire around warehouse number 12. The 27-year-old paramedic, always eager and first to jump at the opportunity to help, joined the team. She video-called her fiancée from the ambulance, signaled to him she’d talk later. As he had described, she left the truck to get a better view of the fire, and he saw her at a loss, looking from side-to-side, not knowing what to do. He told her to run, and she did. Their signal was lost, and that was the last time he saw her.

At 6:07 pm, one of the most devastating explosions on Lebanese soil, and the world, took her life, along with her colleagues, and almost 170 others.

“She had always made us all Nescafe and coffee,” said Rawan Fanous, friend and colleague at the Fire Brigades of Beirut. Fanous spoke of Sahar with an unfaltering smile in her tone, resonating with the essence of her spirit. “When I think Sahar, I think of all the memories. There isn’t only one. She was dainty, everybody loved her.”

A child of a small village in the North called Al-Qaa, Sahar loved her country. She believed in her service for these soils, and her people. When speaking of her, friends and family never failed to mention her love of life, her enthusiasm, and kindness.

“She always loved going in the ambulance to help,” said Fanous. “I served with her on the same team only for a month, and I remember this one time, it always makes me laugh, we were still in training. We were treating someone and we spilled Betadine all over the ambulance,” she added laughing. “She was the kind of person that always made us laugh, especially during drills.”

A video posted by colleagues from the Fire Brigades shows Sahar on a rope, laughing as she tries to climb it—one of the training drills. Sportive, dedicated, and free-spirited, she had the perfect combination to make it up the ropes; except that Sahar ended up falling on the mud, spilling it everywhere, dirtying her uniform, and having a laugh so loud and contagious it still echoes in the wind.

“She loved doing sports, and so did I,” said Fanous. “We would stay together to cheer each other up when running or doing drills.”

Trained as a nurse, being part of civil defense in a country, she knew her job was dangerous. But her loyalty never faltered, despite a corrupt country. Her love for her people never wavered, despite a divided nation. Her light never dimmed, despite so much darkness in a crumbling economy. And despite the blast that took her life, her spirit remains among those who loved her— and all those who heard her story.

“The girls used to always fight and make up again and again,” said Fanous. “We really understood each other’s value when we lost her, our self-worth, and each other’s.” Sahar left an impact, her light is so bright that, just like a star, the world will continue to see it shine long after that devastating evening—and that might just be the beacon of hope the people look for, to realize her dream of a better Lebanon.

Welcome to NAYA. This section aims at fortifying Lebanese women’s voices by highlighting their talents, challenges, innovations, and women’s empowerment. We will also be reporting on the world of work, family, style, health, and culture. NAYA is devoted to women of all generations — Naya Editor, Sally Farhat: [email protected]