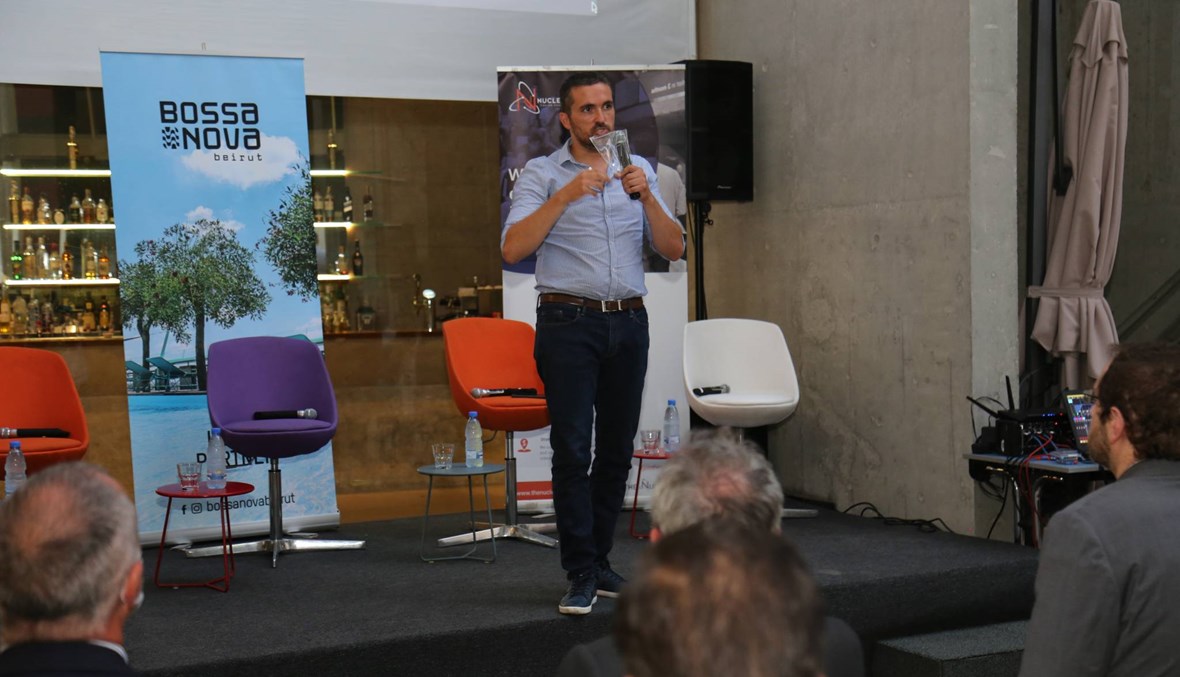 BEIRUT: The UK Lebanon Tech Hub has been instrumental in growing the Lebanese economy through its support for dozens of startups, but its role is now undergoing a transformative phase through the launch of The Nucleus program. Launched by the Nucleus Ventures, the program aims to support promising startups through mentorship, partnerships, and seed funding.

“Lebanon’s economy has been decimated. We’ve hit rock bottom,” Nadim Zaazaa, Nucleus Ventures managing partner says passionately. “But we are bound to reinvent ourselves. Someone has got to start somewhere. That has been our mission since inception in 2015 to turn Lebanon’s rentier economy to a productive one. Now, more than ever, we can’t quit that fight. And The Nucleus is our defiant rallying call.”

A seed-stage program, The Nucleus will open its doors, both virtually via its online platform and in-person to early-stage entrepreneurs beginning this month.

The program supports entrepreneurs on a tailored basis guiding those who are still in the idea stage all the way through to startups which are already generating some revenue.

The Nucleus will invite applicants of interest to incubation and collaboration in its new co-working hub in Bossa Nova Hotel in Sin el Fil, Beirut.

The Nucleus offers its selected startups and SMEs fresh cash grants and access to relationships and customers. Cash investments range on a case by case basis from $5,000 to prove a concept up to $100,000 in seed funding. Throughout their growth journey, The Nucleus entrepreneurs will be accompanied by mentors to guide them, local and international dealmakers to bridge them to their addressable markets and real customers to validate their ideas and solutions. Cash and in-kind support are progressively unlocked as startups achieve growth milestones and demonstrate traction.

With backing from the British Embassy, The Nucleus is partnering with the Lebanese Enterprise and Employment Programme (LEEP); a program funded by the United Kingdom Department for International Development (UK Aid) and implemented by Palladium that supports Small and Medium Enterprises (SMEs) in Lebanon, providing grants and Business Development Services (BDS) to help them grow and create jobs. LEEP will offer qualifying startups fresh cash grants to boost their exporting ability.

As mentioned before, the Nucleus previously operated under the UK Lebanon Tech Hub. Since 2015, the program has supported over 80 Lebanese startups to build and expand their businesses with more than 10 alumni now at Series A stage and more than five at Series B.

Applications for the Nucleus program open from Monday 27 July. More details are available on www.thenucleusventures.com