NAYA| Women from Our Villages: The marriage of Thérèse Sarkis and organic food 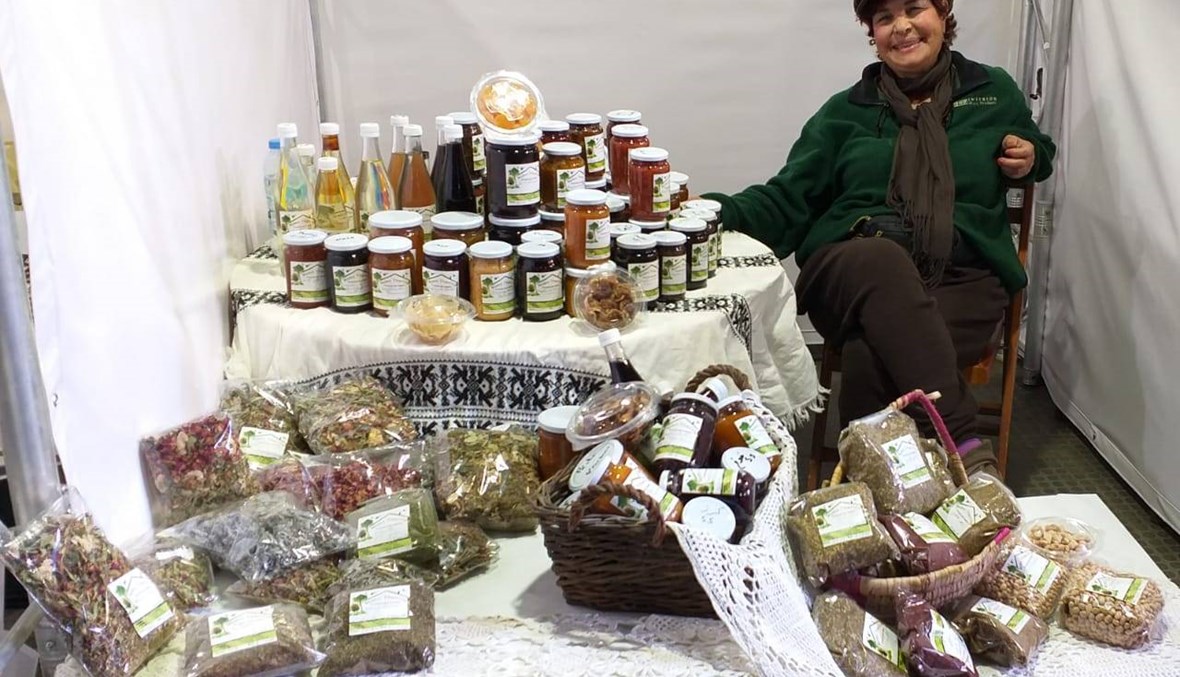 NAYA| Women from Our Villages: The marriage of Thérèse Sarkis and organic food

BEIRUT: Thérèse Sarkis spent every summer season since her childhood in the meadows of the village of Mayrouba where she acquired a vast knowledge in organic food and edible herbs. Since then, she’s been exploring meadows in Lebanon and Syria, collecting herbs, and concocting organic mixtures, for a living.

“I grew up in a family of seven children. We never bought the food we ate. Organic food has long been a family friend,” she told NAYA.

She showcased her jam collection including blueberry jam and apple jam, as well as her herbs mixtures containing Za’atar (thyme) and other dried herbs, to NAYA at the farmer’s market Souk Aal Souk organized by the AUB Neighborhood Initiative in Jeanne d’Arc Street, Hamra.

“I used to observe every woman cooking, that’s how I learned to make traditional food recipes,” she added. “I concoct healthy food at home, in my kitchen, using my 30-year-old cooker.”

During the chat between NAYA and Sarkis, a passerby asked about Sarkis’ exhibited products and left right after, which enraged Sarkis.

“I’m let down by people who can’t grasp the importance of eating healthy. So many of them tend to opt for colorful and big vegetables, filled with pesticides,” she noted. “ Some others can’t seem to understand the amount of efforts that people like me put to deliver these healthy mixtures.”

Sarkis also explained that one of the major problems she started facing recently is with the exchange rate of the Lebanese pound, which eventually leaves her with no profit.

Sarkis leans on local exhibitions for exposure, and recalls going to Terra Madre’s international gathering - a network of global gathering of food communities from around the world- in Italy in September 2018, as one of her lifetime achievements.