NAYA| 'In Memory of Patriarchy:' A personal celebration through art 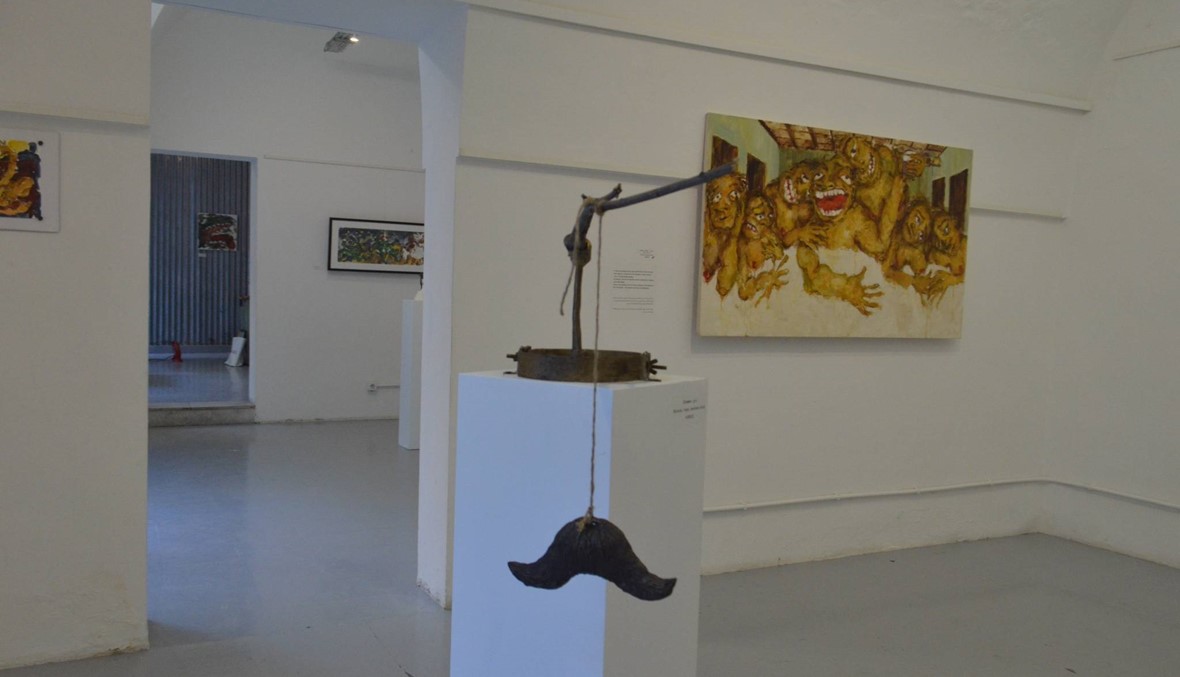 NAYA| 'In Memory of Patriarchy:' A personal celebration through art

BEIRUT: Paintings showing monstrous figures devouring smaller figures, sculptures of torture devices used to silence women, and sketches giving an odd feeling of something going wrong. This is just a glimpse of what is exhibited in "In memory of Patriarchy," an exhibition by artist Rita Adib at the 392RMEIL393 Gallery, Gemmayzeh.

Although patriarchy remains a reality that most countries struggle to overthrow, the artist explained that this exhibition is a celebration of the almost-near end to patriarchy, at least to her.

The title was left for interpretation by Adib, as she told Annahar: “That’s the irony of it, we’re all gathered to celebrate the end of patriarchy in my head, but I know it’s hasn't reached its end in everyone's lives. It’s a constant, everyday fight.”

Using her work as a platform for activism, she carefully picked the theme and metaphors in which she portrays the greed of patriarchal figures in private, public, and political spaces.

The work of Adib shows brutality, aggression, oppression, and women's constant fight to detach from patriarchal roots. The paintings, as she explained, were not created for an easy look, but for a deeper gaze to disturb the calmness.

"I didn’t know these ideas were haunting me, when I started putting them on canvas, I realized how haunting they could be," she said. “I needed this work to be shared with others. It was a celebration, a sigh of relief, and a breath of fresh air.”

Adib continued to explain the nature and choice behind the shades of color used in her paintings, which took a darker, eerie shade. As for art installations, the artists showed a head piece with a mustache hanging by a thread.

“The male dominance in some pieces on politics is apparent. The symbols I used are ones we grew up believing that they link to a specific sex, like the mustache. Men swear on their mustaches, as if that’s their dignity," she added.

The artist only realized the extreme measures of patriarchy Arab countries face after she moved to Canada to pursue a degree in sculpting.

"After taking a mental break, I became able to look at my life and see it from a distance. I got to see the extremes," she told Annahar.

To Adib, the exhibition was a personal celebration, as she hoped that her voice could be “one of the voices that will grow bigger later, as part of a unanimous feminist language in the Arab world.”