Changemaker Festival 2019: Women and Youth as Leaders of Tomorrow 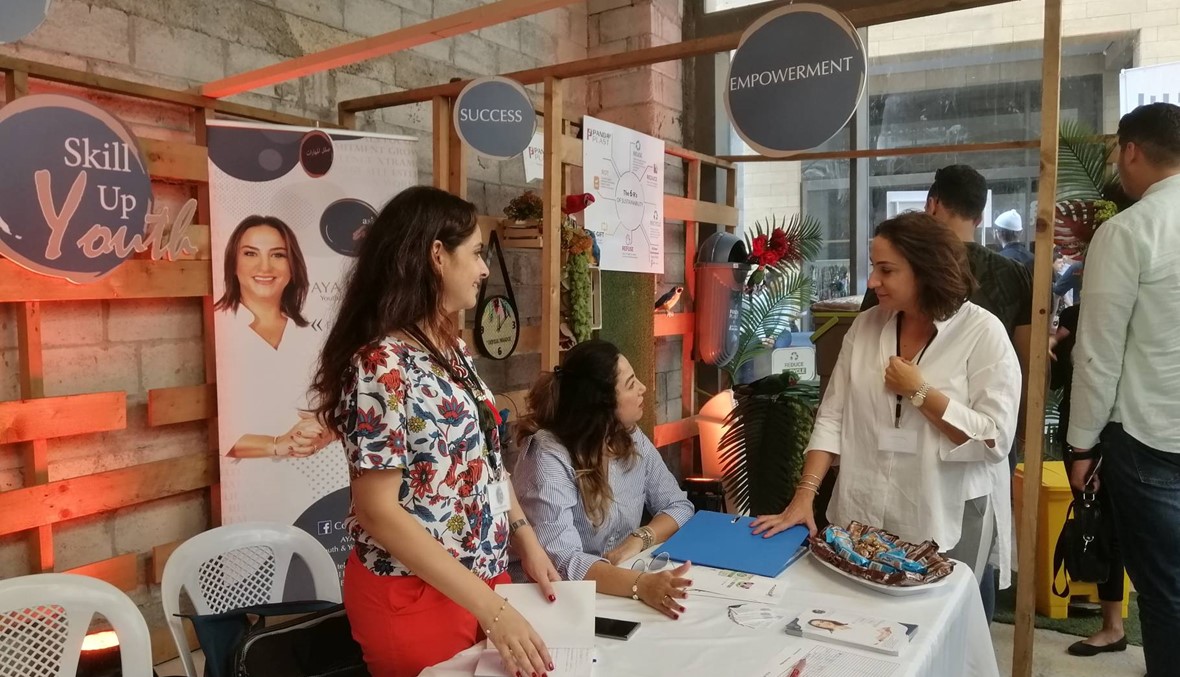 Changemaker Festival 2019: Women and Youth as Leaders of Tomorrow

BEIRUT: In its second Lebanon edition, under the patronage of the President of the Council of Ministers-his Excellency Saad Hariri and in partnership with the Women’s Leader Council (WLC); the Changemaker festival chose to focus on youth and women as the leaders of tomorrow this year.

WLC, a platform which works on involving women in different activities and engaging them in the workforce, took a huge part in the festival.

“We are focusing on women empowerment today,” Mireille Korab Abi Nasr, treasurer of WLC, told Annahar. “Women play a big role in opening horizons for youth and I believe they should work hand in hand to ensure a promising future for the country.”

Young women coming from different fields and who are leaders in the business field conducted several workshops regarding their success stories, public speaking and communication skills, and especially on women in businesses and the challenges they might encounter.

“Today we proved that we are the changemakers. The aim of the festival is to encourage women to invest in youth,” said Madiha Reslan, Founder and Owner of Trends International Franchising Co and the President of WLC, during her speech at the festival.

The WLC also provided a platform for the members of the council to exhibit a variety of their trade at the festival, from businesses to hobbies to shops or even applications they created.

More than 10 women speakers were invited to the festival. Speakers like Isabelle Mansour Naoum, the Head of Communications Department of Blom Bank, Clare Woodcraft, former CEO of Emirates Foundation and many more presented their advice and journeys on stage.

The festival also hosted two competitions: the $5K idea 2 impact pitch and the $100K pop-up startup competition. The latter asked the participants to submit an application before the day of the competition for a chance to win money to invest in their startups.

Whereas, the $5K idea 2 impact pitch invited the youth to pitch in their ideas on stage to five women investors from WLC. These women chose the ideas that they loved best on spot.

Buses and transportation were provided for different areas in Lebanon which also gave the chance to youth and women coming from villages to participate in the competitions.

“The huge number of pitches and applications submitted encourages us to organize many more competitions in the near future,” Ahmad Ashkar, founder and CEO of the Hult Prize foundation, said on stage during the pitching session. “We will work on finding more sponsors and providing you with more chances.”

The festival wrapped up the day by hosting the 2019 Hult Prize Lebanon Finals in partnership with Banque Du Liban, Hult Prize, and BLOM Bank. After several months of intensive competition, Beepers, a Lebanese initiative that works on sustainable development using smart beehives, won the first place. The startup wants to produce and sell beehives to people who want to launch their own businesses and they were funded 250,000$ to start investing in the startup.