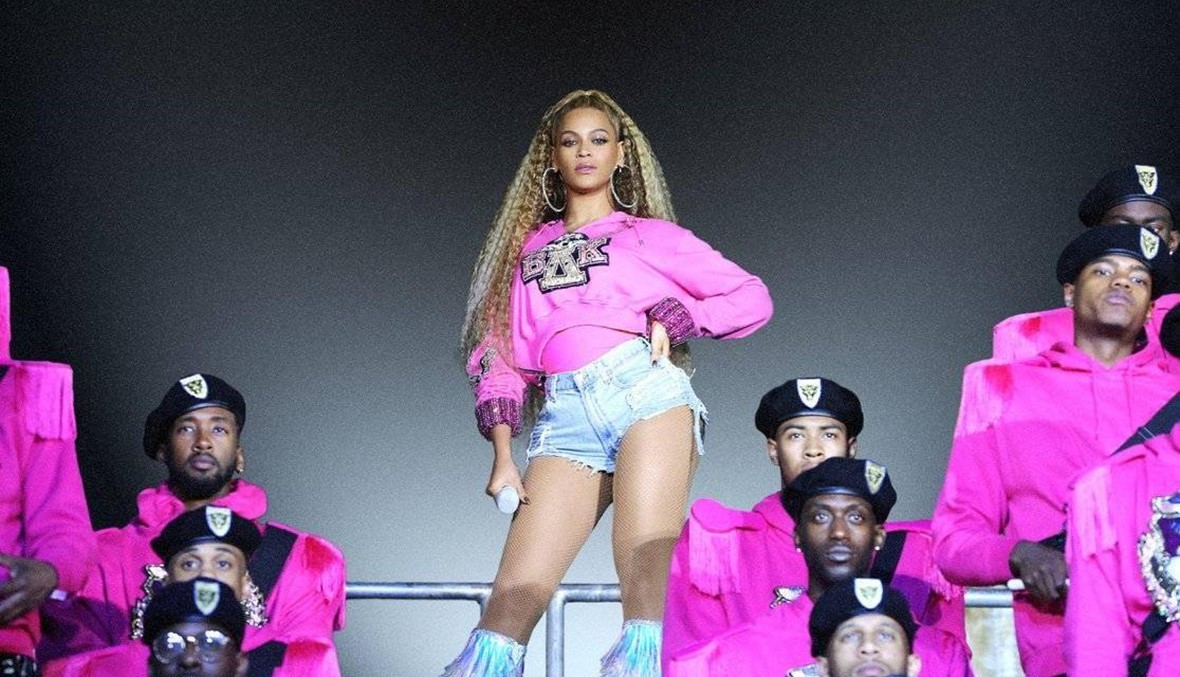 But throughout the years, she’s slightly cracked open her door to reveal parts of her life and personality — apart from what she gives through strong singing and extraordinary dance moves — to help remind us that though she is epic and flawless, she is still mortal.

“HOMECOMING: A film by Beyoncé,” which premiered Wednesday on Netflix, captures the human side of the superstar singer with behind-the-scenes, intimate moments of a mother, wife and artist tirelessly working on what’s already become one of most iconic musical performances of all-time: Beyoncé’s headlining show at the 2018 Coachella Valley Music and Arts Festival.

The performance marked the first time a black woman headlined the famed festival and made Beyoncé just the third woman to score the gig, behind Bjork and Lady Gaga. Beyoncé took on the role seriously — as she does all live performances — giving the audience a rousing, terrific and new show highlighted by a full marching band, majorette dancers, steppers and more that is the norm at historically black colleges and universities (HBCUs).

The film takes it a step further to showcase what was happening to get to the historic moment: you see a mother bouncing back from giving birth to twins via an emergency C-section; an African American woman embracing her family’s history and paying tribute to black college culture and honoring black art; and the world’s No. 1 pop star defying the odds yet again and pushing herself to new heights, creating an even wider space between herself and whoever is No. 2.

Simply put, Beyoncé changed Coachella — forever — and performing after her is like trying to out-ace Serena Williams or dunk better than Michael Jordan: You won’t win.

Woven into the film are audio soundbites from popular figures to help narrate the story: Nina Simone speaks about blackness, Maya Angelou talks about truth, and Tessa Thompson and Danai Gurira explain the importance of seeing people who look like you on large screens.

Beyoncé speaks, too, saying that she dreamed of attending an HBCU, though she explains: “My college was Destiny’s Child.”

She also says the importance of her Coachella performance was to bring “our culture to Coachella” and highlight “everyone that had never seen themselves represented.”

So many people were represented during those performances last April — her stage was packed with about 200 performers, from dancers to singers to band and orchestra players. Beyoncé kicked off the performance dressed like an African queen, walking up the stage as the jazzy, soulful big band sound of New Orleans is played. After letting her dancers and backing band shine, she emerges again, this time dressed down — like a studious, eager, hopeful college student.

The musical direction and song selection flows effortlessly and was purposely crafted to tell a story: the first song is 2003′s “Crazy In Love,” a massively successful No. 1 hit and her first apart from Destiny’s Child. It also was Beyoncé’s first of many collaborations with Jay-Z. But then comes “Freedom,” representing the Beyoncé of today, unconcerned with having a radio or streaming hit, but more focused on the art, and the message.

And her message was loud and clear on “HOMECOMING”: Her performance is a homage to the culturally rich homecoming events held annually at HBCUs, but also showcases Beyoncé’s own homecoming — her return to her roots, and how she’s found a new voice by reinterpreting her music through the lens of black history.

“HOMECOMING: A film by Beyoncé,” a Netflix release, is rated TV-MA. Running time: 137 minutes. Four stars out of four.